You are at:Home»Execs to Know»Exec Moves»France Cordova Resigns From SAIC Board After Obama Administration Appoints Her as Director of National Science Foundation 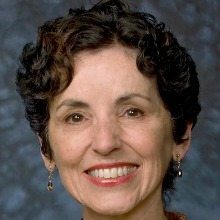 Science Applications International Corporation (SAIC), based in McLean, announced Friday that France Cordova resigned from its board of directors to accept President Barack Obama’s appointment to serve as director of the National Science Foundation.

“All of us at SAIC congratulate France on being named to this prominent position in the scientific community and in service to our country. We also thank her for her years of service to SAIC’s board of directors,” said E.J. Sanderson, Jr., SAIC’s board chairman.

Cordova joined the SAIC board in 2008 and her resignation is effective immediately, according to the company. SAIC provides services in technical, engineering and enterprise information technology markets.

Cordova also resigned from the board of directors at Edison International, based in Rosemead, Calif. There, she served the board for nearly a decade.

She was also on the Smithsonian Institution’s Board of Regents, until her appointment.

Cordova is an astrophysicist and former chief scientist at NASA, as well as a former Purdue University president.

She told reporters on a call following her appointment that she is really looking forward to working with the administration, Congress, scientific societies and the whole research community, according to published reports.

The NSF is an independent federal agency created by Congress in 1950 to promote the progress of science; advance national health, prosperity and welfare and to secure the national defense. The NSF supports all fundamental science and engineering fields such as zoology, geology and astronomy, but not medical science, according to the foundation.

Its annual budget for Fiscal 2014 is $7.2 billion. It is the funding source for about 21 percent of all federally-supported basic research by colleges and universities in the United   States. In many fields including mathematics, computer science and the social sciences, NSF is the major source of federal backing.

At the NSF, Cordova will oversee NSF staff and management responsible for program creation and administration, merit review, planning, budget and day-to-day operations as well as a 24-member National Science Board that meets six times a year.

Obama appointed Cordova to a six-year term and in turn the United States Senate confirmed the appointment. NSF has about 2,100 staff members at its Arlington headquarters.