You are at:Home»Execs to Know»Exec Moves»Appian Raises $37.5 Million in New Funding, Names Harry Weller to Board of Directors 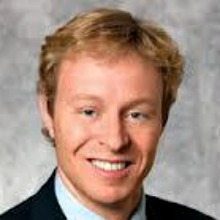 Appian, a Reston-based developer of business process management software, has raised $37.5 million in a new round of funding, the company revealed in a filing with the U.S. Securities and Exchange Commission (SEC).

Appian has also named Harry Weller, a general partner at NEA, to its board of directors.

“The market opportunity for custom applications for business processes is enormous—around one-third of total IT software spent — and Appian’s Work Platform is really setting the pace for innovation in a sector poised for explosive growth,” said Weller, who leads NEA’s Software and Services practice on the East Coast and has invested in market leaders like Groupon, Cvent and Eloqua. “NEA is excited to partner with Appian as they scale the business and capture this exciting opportunity.”

Appian’s Work Platform allows clients to create numerous custom applications and use them in a unified environment. The Work Platform market extends traditional BPM to include data management, mobility and collaboration, according to the company, which plans to use the bulk of the proceeds to repurchase shares, as well as for working capital and general corporate purposes.

“I love that Harry got our vision before I even presented it. He’ll be a great addition to the Appian board,” said Matt Calkins, president and CEO of Appian. “NEA’s interest in Appian is validation of the idea that Work Platforms will reshape the custom software industry.”

Weller leads NEA’s Software and Services practice on the East Coast, and previously has invested in companies such as Groupon, Cvent and Eloqua.

Appian has offices worldwide, including a local office in Reston.

NEA has a local Chevy Chase, Md. office, as well as offices worldwide.