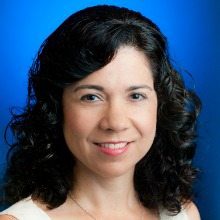 In case you missed it: the inaugural STEM Symposium for the National Capital Region is less than two weeks away. The all-day event set to be held March 8 at Nysmith School in Herndon, Va. promises to bring together parents, K-12 students and industry leaders for a day of Science Technology Engineering and Mathematics (STEM) engagement and education. We told you about the event in last Friday’s WashingtonExec e-magazine and also mentioned that Leidos has been named presenting sponsor for the event and that Northrop Grumman Corporation will serve as the event’s founding sponsor.

Last week’s e-magazine also featured an exclusive look at Google executive Michele Weslander Quaid’s take on addressing the crisis in STEM. Weslander Quaid walked us through her background and how she went from being a child dreaming to work at NASA to becoming the public sector Chief Technology Officer and & Innovation Evangelist at Google, Inc. Today the CTO is passionate about inspiring students to pursue careers in STEM. Read the rest of the interview in our e-magazine here.

In other news, Red Hat’s Gunnar Hellekson discussed Open Source Technology with us last week. Hellekson is the Chief Strategist for the U.S. Public Sector group at multinational software company Red Hat where he works to promote the use of open software among systems integrators and government agencies. The WashingtonExec e-magazine feature, “Revolution of Choice: Red Hat’s Gunnar Hellekson Discusses Open Source Technology”, elaborates on Hellekson’s take on trends in the digitization of government, the OpenStack platform at Red Hat and how he got into podcasting.

The American Heart Association’s annual black-tie gala — the DC Heart Ball — took place this past Saturday. We featured an interview with gala Chairman Matt Voorhees in our e-magazine last Friday ahead of the event. Access that, and more up-to-date government contracting news here.