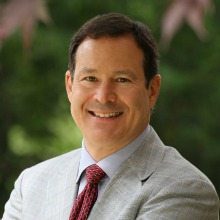 Alan Dabbiere foresaw the need for mobile device management and security solutions in the early 1990s when phones were still chunky bricks, color screens were unheard of, and getting decent cell phone service often meant holding your phone in the air and walking aimlessly until the bars started to increase.

Today, Dabbiere is the Chairman of AirWatch, a provider of mobile device, email, application, content, laptop and browser management solutions, with more than 10,000 customers globally and 1,600 employees across nine global offices.

AirWatch was co-founded in 2003 by Dabbiere and John Marshall, President and CEO of AirWatch. In February 2013, AirWatch received its first round of funding, a $200 million investment from Insight Venture Partners and Accel.

On January 22, 2014 it was announced that AirWatch would be sold for $1.5 Billion to VMware, a California technology company.

WashingtonExec spoke with Dabbiere in December 2013 about the company’s tremendous growth, the impact of mobility across all industries and in the personal lives of people worldwide, and his visionary insights from more than 20 years of mobile enterprise experience.

There are more than 2 billion smart phones and tablets worldwide and nearly half of them touch the enterprise. As government and industry ride the wave of mobility, a growing trend has become “bring your own device” (BYOD). Most employees no longer want to carry multiple devices around and prefer to pilot their digital lives on their own personal device.

“We are going to see more of mobile in everything in 2014,” stated Dabbiere. “Let’s realize that these devices are going beyond something I carry for email, they are becoming the way I get trained and educated by my company. It’s becoming my car key, my wallet and my credit card and my rental car key and the key to my hotel room. It is the way I find my children and communicate with my friends and consume entertainment. We are seeing mobile being consumed in drastically greater quantities with more diversity, with more use cases, changing everything about our work and our personal lives.”

The visionary chairman went on to note that there are still three critical areas that we are facing with the shift to mobile, in the context of government and enterprise – security, data loss prevention, and ease of use. His overarching solution is to make mobile simple.

“When you start deploying these devices in the quantities in the hundreds of thousands that we are seeing, it can become overwhelming and complicated,” Dabbiere noted. “Our goal is to make this simple for both the user of the device as well as for the organization to secure, configure and manage because the expectations are very high that mobile just works.”

“Let’s realize that these devices are going beyond something I carry for email, they are becoming the way I get trained and educated by my company. It’s becoming my car key, my wallet and my credit card and my rental car key and the key to my hotel room. It is the way I find my children and communicate with my friends and consume entertainment.”

AirWatch is by far the largest provider of mobile device management and security solutions in the world and Dabbiere attributes much of its success to fostering a great team that cohesively sought to build the simplest product to solve the most complex problem.

In building the company, Dabbiere has seen revolutionary shifts in all facets of mobile application. The airline industry has eliminated 35 pounds of manuals that every pilot carries by digitizing its flight books, which automatically keeps them up-to-date and increases the efficiency of route planning for the pilots. In retail, store managers are no longer imprisoned behind their desks to analyze real-time information about what’s happening on the store floor.

“We’re finding executives that are getting real-time dashboards on their phones and their tablets about things that are going on in their business,” said Dabbiere. “We think that this real-time online business intelligence that mobile provides is changing every aspect of the way people are doing their jobs.”

AirWatch has especially noticed that one great area for growth is in content distribution. The company is currently working on a project with the Los Angeles Unified School District to roll out 650,000 iPads to the students. The project will use the iPads to train and educate students in a more effective and efficient manner by leveraging something that Dabbiere calls “drip education.”

“We can now access and leverage the greatest communicators of every subject across a larger number of students instead of those great instructors being limited to the 30 students that sit in front of them,” Dabbiere added. “We’re using that same kind of technology in our own business to educate our employees. We think the world will change from the quarterly sales meeting to drip education going out to sales people or every department where people learn to do their jobs better and smarter through continuous education in things like ’15 minute things to know’ every week, like a video.”

He jokingly reflects on the early years at Manhattan Associates, Dabbiere’s first company,and mentions that the company got into mobile before it was cool to be in mobile. Most of the executive leadership at AirWatch came from Manhattan Associates, including Marshall, and the team at AirWatch has mobile in its DNA. Dabbiere recognizes the importance of fostering that passion and letting each employee have the room and opportunity to grow in the company.

“A wise board member once said to me, ‘You don’t buy a dog and then bark for it.’ In managing people, realize that you let people do their jobs, give them the guidance that they need, understand that they are not going to do it exactly the way you do it,” said Dabbiere.

AirWatch is expected to finalize its acquisition with VMWare at the end of its first quarter. VMware will acquire AirWatch for approximately $1.175 billion in cash and approximately $365 million of installment payments and assumed unvested equity.

“Napoleon always said ‘I’d rather my general were lucky than good’ but the other side to that is the harder you work the luckier you get,” Dabbiere said. “That DNA and 20 years of mobile experience really put us in a position to be at the right place at the right time.”