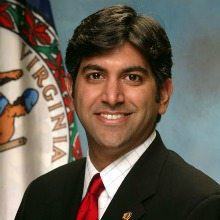 “Government Matters” airs on Sundays on ABC7 at 9:30 am, as well as on News Channel 8 at 1:30 pm and 11:30 pm. Last week’s show featured commentary by Aneesh Chopra — the first and former Chief Technology Officer of the United States.

Chopra, who is also the co-founder of big data analytics company Hunch Analytics and a Senior Fellow at the Center for American Progress, spoke about data partnerships and the value of open data — a topic relevant today following the White House’s November announcement that it has initiated a second slew of big-data collaboration projects to stimulate the private sector’s interest in large and complex data.

The Obama administration announced its initial big data interest in 2012 with the launch of a $200 million “Big Data Research and Development Initiative” intended to improve the country’s ability to extract knowledge from complex sets of digital data.

“It’s a really important milestone in our country’s capacity to harvest the value in this ever increasing supply of information,” Chopra said on the broadcast in reference to the newly announced set of White House and private sector big data collaborations. “The initiative is a research and development program designed to help improve the tools available for analysts and frontline workers to make sense of this data in all of its forms.”

Chopra said the open data partnerships between technology firms and the government signal a myriad opportunities and a positive step in the quest to make the most business value out of released data.

“I definitely see this as a tremendous opportunity across the chain. There are going to be tech. firms that are going be in the business of helping government agencies to supply data…and to create tools to analyze data,” Chopra said, noting that companies would also benefit the most economically if they capitalized on analyzing and applying data to the specific areas of the economy that require it most.