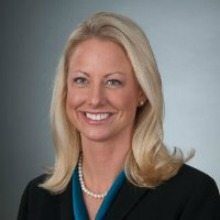 “Kelly Olson is a star strategist and events leader in the government space, and we are thrilled to have her join our expanding team,” said Tim Hartman, president of Government Executive Media Group (GEMG), the government and defense division of Atlantic Media.  “Kelly brings an unmatched mix of deep federal market knowledge, exceptional strategic vision and a commitment to excellence in events that make her a perfect fit for our rapidly growing events business.”

In her new role, Olson will oversee and drive the GEMG events business strategy across its government and defense brands, including Government Executive, Nextgov and Defense One.

Olson brings with her over 15 years of leadership experience in complex government arenas.  At GSA’s Office of Citizen Services & Innovative Technologies (OCSIT), she played a key role in many important initiatives critical to the development and implementation of government-wide programs to increase transparency, citizen engagement, and innovation in government. In this role, Olson worked closely with OCSIT’s Center for Excellence in Digital Government, Digital Services Innovation Center, Federal Cloud Computing and Mobile Government Program Management Offices as well as the White House, the Office of Management & Budget, the Federal CIO Council and numerous federal agencies.

Prior to GSA, Olson was Vice President at ConnellyWorks, Inc., a leading communications company in the federal technology market, and as Director, Conferences & Events at the American Council for Technology (ACT-IAC).  In 2009, Kelly was named one of ConventionSouth Magazine’s “Professionals to Watch”.

“The government and defense environment has become extraordinarily complex and leaders are increasingly seeking high-impact opportunities to explore forward-leaning ideas, technologies and other tools which can help them transform their organizations,” said Olson.  “Government Executive Media Group, with its commitment to high quality and innovation, is the right events producer to address the evolving needs of this community into the future. I could not be more pleased to join the leading events team in the market.”

Atlantic Media’s event franchises include the Excellence in Government, the largest educational forum for federal program managers, Nextgov Prime, and the just-launched Defense One Summit, convening national security leaders to define the future of U.S. defense.