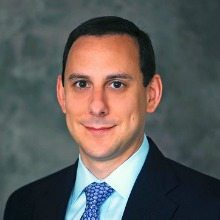 Dealmakers often greet the New Year with optimism, and this year is no different. Chertoff Capital expects a surge in mergers and acquisitions (M&A) in 2014, as renewed market certainty enables a return to strategic planning and measured risk tolerance. Spurring this optimism is the budget deal and defense bill, signed into law December 26th, restoring approximately $63 billion in sequestration cuts over two years. The deal also removes the threat of another government shutdown through the end of 2015.

While the budget deal does not mean an end to fiscal austerity, the recent uptick in M&A activity is reason for cautious optimism. Several notable trends include:

Cybersecurity Consolidation: The cybersecurity competitive landscape is changing rapidly. While compliance remains a significant spending driver, corporate boards increasingly view cybersecurity as a critical business enabler, evidenced by recent high profile data breaches in both the public and private sectors. Outsourcing the integration of best-of-breed solutions is becoming appealing as the technology landscape becomes ever-more confusing and complex.
This shift is driving technology companies to offer integrated cyber risk management solutions, which will encourage consolidation via acquisitions. Fueled by robust IPO markets and public valuations often exceeding five-times revenue, cybersecurity consolidation took place at a blistering pace in 2013. For example, in December Datacard Group announced its intent to acquire Entrust, Inc. (Chertoff Capital is serving as financial advisor to Entrust.) The transaction is driven by Datacard’s desire to offer an integrated secure identity platform that spans digital and physical environments.

2014 will mark an inflection point for defense contractors looking to play a role in the cybersecurity markets. We expect several industry leaders will make bold acquisitions to establish real market presence.

Cloud and Data Analytics: Federal agencies will continue to move aggressively towards consolidating IT infrastructure into common cloud environments. Within the Defense and Intelligence Communities, large-scale initiatives like IC-ITE and DCGS may face sporadic resistance and uncertainty, but they are likely to succeed because the long-term returns on investment and mission are so compelling.

Data analytics in the Intelligence Community began as link analysis to pursue terrorist networks, but is now viewed as a much broader discipline that derives latent business intelligence from an enterprise to optimize decision-making and resource allocation. With investments now made to build the infrastructure to support data analytics, the pressure is on to deliver on the promise of “Big Data”.

Many Federal IT contractors lack major muscle movements in these critical growth areas. In 2014, buyers will continue to place a premium on acquisition targets that provide technology- enabled cloud and data analytics solutions, with valuations reflecting the premium strategic value associated with these capabilities.

Pressure to Consolidate: The realities of declining budgets, lowest-price technically-acceptable contracting, and interminable bid protests are not going away. Overcapacity in the Federal IT market remains and competitive pressure suggests consolidation is likely. Structural realities of the industry, including private equity ownership, vendor concentration, and organizational conflict of interest considerations make plate-tectonic shifts less likely, but the mid-tier appears ripe for change. Many private equity-backed platforms are nearing their typical exit window, corporate spinoffs will soon emerge from punitive tax overhangs, and public valuations are strong (our index of publicly traded Federal IT companies increased by over 33% in 2013). Meanwhile, players like Booz Allen Hamilton, CACI, Leidos, Engility, and ManTech have healthy balance sheets and may seek additional scale to gain competitive advantage.

While this industry adjustment will play out over multiple years, Chertoff Capital anticipates 2014 will mark the beginning of a consolidation cycle in the mid-tier. CACI’s acquisition of Six3 Systems and Engility’s pending acquisition of Dynamics Research Corporation suggest this cycle has already begun.

Commercial Spin-Outs: Norm Augustine’s caution against commercial diversification is en vogue these days. The attraction of commercial growth is tempting, but government contractors have responded differently during this cycle that in previous ones.

In the last decade, booming defense budgets and a sense of duty attracted young, visionary entrepreneurs to government contracting. Those same entrepreneurs are now questioning whether to spend their 30s and 40s in an industry that often seems dysfunctional.

As a result, many technology entrepreneurs are taking Mr. Augustine’s words to heart by evaluating whether to spin out new, commercial businesses from their federal parents. The greatest risk to the federal community is brain drain. In an economy where technology transformation is moving at blinding speed, we need the visionaries more than they need us. Federal contracting policies and regulations should reflect this reality.

Undoubtedly there are risks to 2014 – a potential curtailment of Intelligence Community authorities, seeming U.S. disengagement from foreign policy, a tightening compliance environment, and reverberations from the launch of Healthcare.gov, to name a few. But the financial markets are producing tangible evidence that these risks are already reflected in valuations, giving dealmakers reason for continued optimism.