You are at:Home»Execs to Know»2014 Market Outlook: Sid Fuchs, President & CEO of MacAulay-Brown, Inc., Says Agreements in Congress will Determine Tempo of Industry 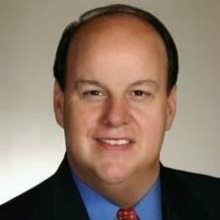 I believe 2014 will be much more of the same.  The good news is that if Congress can agree on the budget bill and avoid a shutdown while mitigating the impacts of sequestration, the industry may have some upside.  We will continue to be in a period of depressed budgets, protests, and delays.

Any M&A activity would be considered more than what we had in 2013.  Deal volume has slowed to a trickle as multiples have self-corrected and owners are waiting to see what is on the other side of the next year or so.  Public and private equity backed companies will more than likely have to buy their way through the next few years, but many potential sellers are waiting for multiples to come back.  There will still be deals to be had at rich multiples ( the CACI/Six3 deal, for example), but they will be the exception and not the norm. As for IT, there will always be a focus on reducing costs as many of the services will continue to become considered a commodity.

Before any of that can really happen, the government and industry must first get their houses in order, which I think is happening, albeit at a very slow pace.  It is incredibly hard to focus on the externals while the internals continue to be laden with fear, uncertainty, doubt and confusion over priorities, spending, and structure exists.  Once both sides of the fence are at a state where they can agree on priorities and maintain some level of ops tempo and decision making, collaboration will be ready to be addressed.