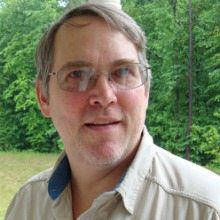 Bob Gourley is the founder and CTO of Crucial Point, LLC, and Editor of the popular tech blog CTO Vision.com. He said evaluating 2013 technology trends sheds insightful light on what we can expect from technology in the coming year. Here’s his cut:

* “Drones and Robots: Throughout 2014 we can expect to read about continued advancement in the fielding of real world/working robots. Most will be for environmental sensing, like the already available  surfing robot drones of Liquid Robotics or the many airborne drones available on the market today. DARPA has been investing in Robotics for years and reports throughout 2013 showed continued progress in humanoid robots as well as military systems, and this is a trend that will continue throughout 2014. One key item to watch: What will Google do with Boston Dynamics?. This company was acquired by Google at years end causing many of us to think through the scary prophecies of Bill Joy in his April 2000 Wired piece on “Why the Future Doesn’t Need Us.”  Years of DARPA work and follow-on work by the USN and integrators resulted in Robotic drones landing on and taking off from Aircraft Carriers. Expect to see this program accelerated in 2014.

* Enterprise Data Hub: This could be the number one trend in data and is one all technologists should familiarize themselves with. The Hub is the place for enterprises to store all data with enterprise grade data management and protection, with access by any system (from legacy to modern, from proprietary to open source).

* Google Glass: While still in a beta program, the Glass is out there and we have been testing it. A killer app for Glass is the camera, which can take photos and video. Another killer app is the ability to search Google (including asking just about any question in the world) just by your voice. These devices are just the most widely know of the new category of Wearable computers. Wearables were a definite hot topic in 2014 and this will continue.

* Software Defined Networking: This new concept and technology, referred to as SDN, has the potential to be just as virtuous and disruptive as virtualization was to the server industry. 2014 will see many government technology professionals begin to examine this construct.

* In Memory Computing: This is a new architecture approach that is being leveraged to modernize old systems and design new systems that perform at incredible capacity. This takes advantage of new powerful RAM technologies that allow massive quantities of data to be held in memory.

* Business Intelligence 2.0: For years, Business Intelligence was a discipline and a set of technologies that helped answer specific questions of use to specific groups. For the most part, it was for closed-world-classes of problems where the data and questions were known long in advance of system design. With the new technologies of Big Data, a new way of doing business intelligence has come about and these tools are making their way into the federal enterprise and are already making a difference. Expect this to accelerate into 2014.

* Hadoop 2.0: 2013 saw the release of a new version of Hadoop, the first major upgrade since the beginning of Hadoop.  Hadoop 2.0 consists of significant improvements to many components, including new abilities to program Hadoop (new Map Reduce capabilities called YARN), new ways of tracking jobs, new ways to track the status of resources and other new capabilities.  Hadoop was, in my opinion, the most significant technology in the federal space in 2013 because of its mission impact in so many sectors.  It may well be that again in 2014.

That is my cut on technologies that will probably have the biggest impact in the federal space in 2014. Did I miss any? Please let me know in the comments or via Twitter. You can find me at http://Twitter.com/BobGourley“