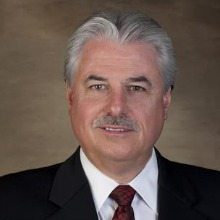 More new STEM jobs are being created than new non-STEM jobs today at U.S. Fortune 1000 companies, according to 67 percent of the respondents to the latest Bayer Corporation Facts of Science Education survey. The sample included talent recruiters from both STEM and non-STEM companies.

Eighty-nine percent of the talent recruiters in this year’s survey report that competition is fierce to fill open STEM jobs with four-year STEM degree holders.  In addition, new hires with two-year and four-year STEM degrees are “as” or “more in demand” for non-STEM jobs than new hires without STEM degrees who have traditionally filled those jobs, according to 79 percent and 89 percent of survey respondents, respectively.

Yet, very few – only 16 percent or less – of participating Fortune 1000 companies are seeing adequate numbers of qualified African-American, Hispanic, and American Indian two- and four-year STEM degree job candidates.  And overall, just over half (55 percent) of these companies can find in a timely manner adequate numbers of qualified job candidates with two-year STEM degrees.  Only half (50 percent) can find qualified four-year degree holders in a timely manner. Companies struggling to fill STEM positions overwhelmingly (at least 90 percent) believe it is due to a shortage of qualified STEM degree candidates with two-year or four-year degrees.  In addition, unfilled positions are bad for business – talent recruiters from STEM and non-STEM companies alike believe that the unfilled positions cause lower productivity, set limits to business growth, and result in lower revenue.

Those are among the major findings of a new survey commissioned by Bayer Corporation that polls talent recruiters at some of the country’s largest companies about STEM workforce supply and demand issues to examine whether or not the U.S. is experiencing a STEM workforce shortage. The Bayer Facts of Science Education XVI: U.S. STEM Workforce Shortage – Myth or Reality?  Fortune 1000 Talent Recruiters On the Debate compiled responses from 150 talent recruiters about current and future demand for two- and four-year STEM degree holders at their companies.

“While much of the debate today centers on the country’s pool of STEM Ph.D.s., this survey focuses on the lion’s share of our STEM workforce — those with four-year STEM degrees or less,” said Jerry MacCleary, President, Bayer MaterialScience LLC.  “For this particular debate, we believe the jury is no longer out.  As professionals responsible for scouting and hiring talent, the recruiters’ firsthand knowledge is an excellent barometer of the STEM workforce realities that companies in a range of industries are facing today.”

According to Fortune 1000 talent recruiters:

“As a science-based company that has long valued the STEM competencies of our scientists and engineers and the science literacy skills of our non-STEM employees – and one that invests significantly in STEM education programs that foster those skills and competencies – the results of this survey come as no surprise to those of us at Bayer,” said MacCleary.

“As the debate rages over whether or not the United States is producing enough STEM talent to meet the demand, a new voice emerges,” said Linda Rosen, CEO of Change the Equation.  “Even in the height of the recession, STEM jobs were going unfilled.  The results of this survey emphasize the voice of Corporate America – there is a STEM skills shortage and we need to address it now. We very much believe in using data to inform our efforts around STEM learning, and this important survey gives us one more tool to employ.”

“These Fortune 1000 companies represent combined revenues of more than $13 trillion and employ some 31 million people.  So their talent recruiters provide a critical perspective for understanding the STEM workforce landscape.  They clearly indicate that STEM competencies are important drivers to business performance and success.  And, that STEM literacy will continue to be highly prized by employers, regardless of industry — or job, for that matter — well into the future,” said Dr. Mae C. Jemison, astronaut, medical doctor, chemical engineer and Bayer’s longtime Making Science Make Sense®spokesperson.