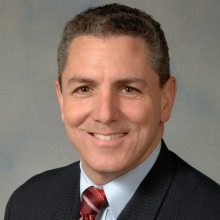 The winners will be unveiled on November 7th at The Ritz Carlton in Tysons Corner by the Fairfax County Chamber of Commerce (FCCC), the Professional Services Council (PSC) and Washington Technology magazine. With over 900 business and public sector leaders attending the event, our series will keep you up-to-date about all the finalists for this year–who they are, what they do, and why they are worthy of winning.

Today’s interview is with Bill Weber, president and COO of XLA. The company is nominated for “Contractor of the Year” in the $25 -$75 million category.

Bill Weber: A government shutdown is never expected, but like any unexpected event you need to focus on how best to handle the situation for the best possible outcome.  XLA focused on two aspects of this close: a.) the affect it would have on the business and b.) the affect it would have on the employee population.  By focusing first on the affected employees we were able to develop a program that would help pay employees furloughed while saving overhead costs to offset the impact to the overall business.  Executive management was pleased with the program, the impact it had on our population and the ability to off-set some of the loss.  Keeping an open mind on how to tackle this issue and quickly implementing the plan made this less-than-optimal event easier to bare.  XLA hopes to never be faced with this kind of event again, but has learned that there are always options to every obstacle, and if this kind of issue arises again we will have the same ability to act quickly and responsibly.

WashingtonExec: What is your 2014 market outlook for the federal contracting community? Where are you seeing areas for growth?

Bill Weber: Most definitely our Civilian – Homeland division.  With our recent unrestricted prime contract awards on EAGLE II, TABSS, and the DHS Financial Management Reporting Services Support BPA, few companies, if any, have a greater ability to contract with the Department of Homeland Security than XLA does.  We’ve also seen similar success in our long-standing relationships with Department of State and USAID in our Civilian – International & Diplomacy division.   We’re excited about the future in both of these sectors – they clearly represent the growth engine for our company.

“XLA prides itself on being an organization centered on communication and transparency; this style encourages high-potential employees to take an active role in the organization and gives them a strong appreciation for how their personal goals align with the company’s.”

WashingtonExec: How does your company identify and then cultivate high-potential employees to become leaders in your organization?

Bill Weber: XLA focuses on three primary principles to hire and maintain high-potential employees.  First, we have established a world class recruiting team that is empowered to understand the roles and responsibilities of each position and then work hand-in-hand with hiring managers to bring on only the very best for each role.  Next, XLA prides itself on being an organization centered on communication and transparency; this style encourages high-potential employees to take an active role in the organization and gives them a strong appreciation for how their personal goals align with the company’s.  Finally, XLA has developed a culture that embraces high-potential employees providing them with the proper feedback and acknowledgement of accomplishments that encourages and inspires continued efforts.

WashingtonExec: How does your organization engage effectively with all levels of employees, on and off site?

Bill Weber: XLA recognizes the challenges inherent in engaging and communicating with a staff that is mainly decentralized.  Therefore we have put in place several mechanisms to ensure all employees at all levels are provided an opportunity to obtain the information they need to keep a close connection to XLA.  We have developed specialized email chains and groups, an intranet, newsletters, site visits by senior management, town hall meetings and most recently have added a text messaging service for critical messages.  This commitment to communication is an integral part of our corporate culture.

“For XLA it’s very straight forward – we have always run with an owner/operator mindset, and as such, innovation and thinking outside the box is the way we do business.”

WashingtonExec: What trends are you seeing that are important to your customers?

WashingtonExec: What is your company’s biggest accomplishment in the last 12-18 months?

Bill Weber: Within the last year, XLA was fortunate enough to have been rewarded for our strong past performance and legacy of dependability at the Department of Homeland Security by being awarded three very significant contract vehicles – EAGLE II, TABSS, and the Financial Services BPA – all as an unrestricted prime contractor.  With those three contract mechanisms, XLA has the ability to provide solutions to any agency within DHS for the next 5 to 7 years. We take that responsibility very seriously, and we will not let DHS down.

WashingtonExec: How is your company involved in the community? (Corporate citizenship)

Bill Weber: Corporate citizenship and social responsibility are at the heart of what XLA is about. As such, we chartered a Stewardship Committee to help define the causes that we would champion as a company.  Our guidance to that committee was simple:

1)     Measureable impact in local communities where the need is greatest

2)     We are not just writing checks but volunteering our time.

In addition, we allow employees to bring forward individual causes outside our three focus areas that are particularly meaningful to them – maybe something that has touched a family member or friend – for which we’ll also commit the resources of XLA to help.