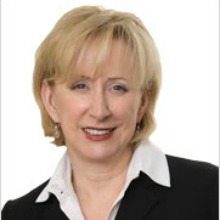 The Joan A. Dempsey Achievement Award

The 4th annual INSA Achievement Awards Ceremony will be held November 13 at the Four Seasons Hotel in Washington, D.C., issuing awards to six aspiring young professionals in the intelligence and national security communities. All for potential candidates were due by August 12.

Recently, INSA released the 2013 award winners which include:

Lieutenant General Michael Flynn, Director of the Defense Intelligence Agency will serve as keynote speaker. After establishing the Achievement Awards in 2010, INSA has vied to recognize and appreciate the accomplishments of rising stars and those who have encouraged them to excel.

Past recipients have continued their work and taken on more responsibility within the intelligence and national security sectors, motivated to consider every opportunity as a demonstration of their skills, vision and commitment to the nation”s defense.

Help recognize these six stellar early achievers for the accreditation they deserve.

For additional information on these awards and their criteria, visit the or email achievement@insaonline.org.

The first addition is the INSA Job Board, which exists as a forum to post and search for job opportunities.

The awards, named after previous recipients of the William Oliver Baker Award, are:

• Joan A. Dempsey Mentorship Award – Open to all public, private and academic elements supporting the intelligence and national security communities