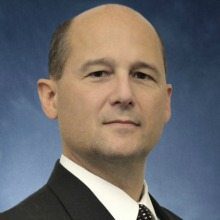 Harris received the modification to its current Network and Space Operations and Maintenance contract, which supports the U.S. Air Force Space Command’s 50th Space Wing. The contract modification extends a 15-year relationship between Harris and the customer.

“The 50th Space Wing plays a vital role in our nation’s defense by managing a complex system of satellites. This requires extraordinary technological knowledge and management skill.” said Wayne Lucernoni, president, Harris IT Services. “Harris helps ensure that communications and critical data are properly managed. This contract modification expands our support at a reduced cost to the Air Force and U.S. taxpayers.”

Under the contract, Harris will continue to support both inbound and outbound data and communications for more than 150 Department of Defense satellites, operating and maintaining the AFSCN’s antenna and ground system infrastructure at ten locations worldwide.

Located at Schriever Air Force Base, Colorado, the 50th Space Wing is responsible for the operation and support of Department of Defense satellites, as well as the worldwide AFSCN. The AFSCN provides readiness, launch, early orbit/on-orbit support, and anomaly resolution for a variety of satellite constellations.