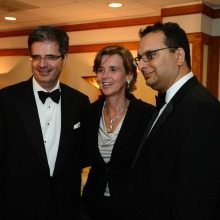 The 2013 Wolf Trap Ball took place on Saturday, September 21, at the Filene Center stage at Wolf Trap Park in Vienna, Va. The French Embassy and the National Park Service partnered with the Wolf Trap Foundation to present the event. The black-tie ball was co-chaired by Sean O’Keefe of EADS North America and Wolf Trap Foundation Board member,  as well as the foundation’s Board Alumna Karen Schaufeld and Wolf Trap Associates Board Member Kimberly H. Stewart.

Prior to the event, the foundation surpassed its fundraising goal of $1.25 million in support of its artistic and educational programs. A cocktail reception started off the night, with a WTOC performance by Mireille Asselin and speeches by Wolf Trap Foundation President and CEO, Arvind Manocha, and the Ambassador of France, Francois Delattre. The evening concluded with dinner and dancing.

To read our interview with Sean O’Keefe about the 2013 Wolf Trap Ball, click here. 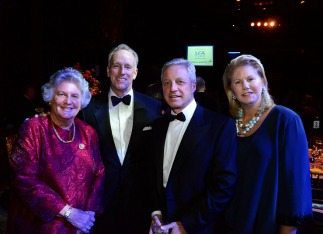