You are at:Home»Execs to Know»Exec Moves»SOS International Appoints Dr. John Hillen Chairman of the Board of Advisors 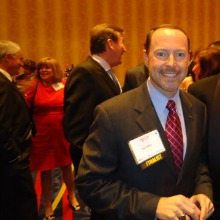 Prior to leading Sotera, Dr. Hillen was unanimously confirmed by the U.S. Senate to serve as Assistant Secretary of State for Political-Military Affairs from 2005 to 2007. In that role, he was the senior State Department official responsible for coordinating America’s diplomatic strategy with military operations. He also oversaw the Department’s policies on international security, security assistance, defense trade, military operations and weapons removal and abatement.

“John is a very unique individual whose experience cuts across government, private industry and academia,” said Julian M. Setian, CEO at SOSi. “He is a proven leader who understands the complexities of our industry and I am confident he will help bridge us to the next level.”

Prior to his Presidential appointment, Dr. Hillen was President of CGI Federal Inc. Previously he was head of the defense and intelligence business at American Management Systems Inc. (sold to CACI International Inc. in 2004). Prior to that, he was Chief Operating Officer of Island ECN, Inc., a financial services firm in New York.

Currently, Dr. Hillen is Chairman of the Board of Directors of the Professional Services Council. He also serves on several other boards of directors in the government contracting and defense and security sectors.

“This is a company on the move,” said Dr. Hillen. “I know this market and believe in SOSi and its leadership.”

Dr.Hillen spent 12 years in the U.S. Army and is the author of “Blue Helmets: The Strategy of United Nations Military Operations.”