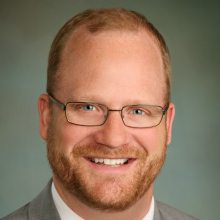 “OBIM enhances the security of U.S. citizens and visitors, facilitates legitimate travel and trade and helps ensure the integrity of the U.S. immigration system,” said Rocky Thurston, who leads Accenture’s work with the Department of Homeland Security. “This program has become a model of innovation, collaboration and high performance for DHS and the federal government.”

The nine-month contract is expected to help OBIM in effectively protecting America’s borders by identifying terrorists, wanted criminals, sex offenders, immigration violators and international criminals at airports and ports of entry around the world. Work under the contract will decrease the time, cost, and personnel required to support data sharing between the United States, United Kingdom, New Zealand, Canada, and Australia.

Accenture began working with US-VISIT in 2004, overseeing operational responsibility for the  (IDENT). Since then, IDENT has become the largest biometric identity solution in the world, processing more than 300,000 encounters a day against a database of more than 150 million stored encounters. The average response time for users is under 10 seconds.