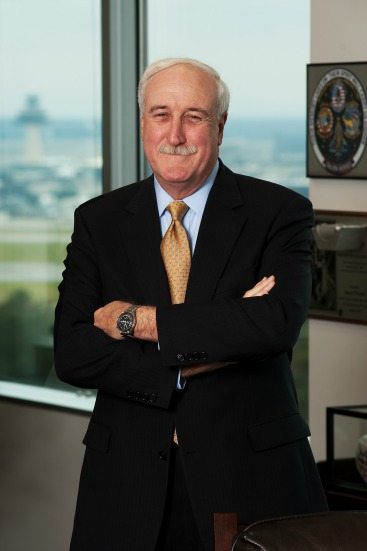 Sean O’Keefe is Chairman and CEO of EADS North America and this year’s co-chair of the 2013 Wolf Trap Ball, hosted by the Wolf Trap Foundation, in partnership with the Embassy of France and the National Park Service. The ball will be held this coming Saturday, September 21, at the Filene Center stage at Wolf Trap National Park in Vienna, Virginia.

O’Keefe spoke with WashingtonExec about why he finds corporate citizenship so vital, the overarching mission of the Wolf Trap Foundation, what is new about the Ball this year, and why the Foundation was able to already surpass its fundraising goal of $1.25 million.

WashingtonExec: What made you take a leadership role with the Wolf Trap Foundation and could you elaborate on your history of being involved with the organization? There are a lot of different large non-profits to choose from in this area.

Sean O’Keefe: Wolf Trap Foundation is unique among the many non-profits in the Washington area.  The public/private partnership that underpins Wolf Trap is a model that others could emulate. Wolf Trap Foundation concerns itself not only with the performance of various arts—from dance to music to theatre— but also with an ongoing program of arts instruction and related education.  I don’t know of any other institution in the country with the same mission, supported by a similar partnership. Wolf Trap is a national asset, worthy of support and protection.  As such, we have been proud supporters of the Foundation for years.

WashingtonExec: How would you describe your underlying mission of the Wolf Trap Foundation?

Sean O’Keefe: To me the Foundation is the financial and leadership “Polar Star” of Wolf Trap.  The vision established by the Foundation since its inception has resulted in the Wolf Trap we enjoy today.  Without the Foundation’s tireless efforts to raise much needed funds in addition to selling tickets, the complete Wolf Trap dream would never have been realized.  Today Wolf Trap offers performances on several stages, broad education programs and even opera. The Foundation underpins and supports all these activities.

WashingtonExec: Why is corporate citizenship important to you?

Sean O’Keefe: More correctly, I believe citizenship is important.  We, as citizens, have an opportunity to enjoy all that Wolf Trap has to offer.  At the same time we have a collective responsibility to support those institutions that promote our very diverse cultural heritage.  Corporations are much the same as people.  We are citizens of the communities in which we operate.  And we, along with our employees, want to support that which makes our communities a rich and wonderful place to live and grow.

WashingtonExec: How much money do you expect to raise this year? Are you on track to meet that goal?

Sean O’Keefe: Our goal this year was to raise $1.25M and at this point, we have met and surpassed that goal.

WashingtonExec: Have you found or have you seen a slight change in fundraising goals due to high uncertainty in the market place? How many people, on average, attend this event?

Sean O’Keefe: We find the community to be incredibly supportive of this event and our fundraising goals are always high. Wolf Trap is ambitious, and ambition works! Wolf Trap Foundation has raised more than $1 million for the 2013 Ball in support of its artistic and education programs—an all-time record high for the event! On average, 900 people attend this black tie fundraiser.

WashingtonExec: What is your favorite part about the event itself?  What is new about this year’s gala, compared to past years?

Sean O’Keefe: My favorite part of the Wolf Trap Ball is to participate with a wide community of diverse backgrounds and interests to celebrate the extraordinary gem of Wolf Trap music, the performing arts and education outreach that unites us all. In these challenging times, Wolf Trap helps bring us all together on decidedly common ground. This year’s Ball stands out for many reasons, including: Wolf Trap’s partnership with the Embassy of France; it being Arvind Manocha’s first Ball as Wolf Trap Foundation’s new President and CEO; and a special performance by Wolf Trap Opera Company alumna Mireille Asselin.

Sean O’Keefe: Yes, tickets to the 2013 Wolf Trap are still available. More information is available at www.wolftrap.org/events. You may also send an email to events@wolftrap.org or call 703.255.4030.