You are at:Home»Events»WashingtonExec E-Magazine: News You Need to Know 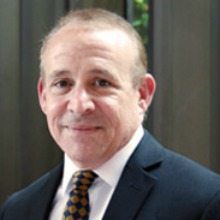 In this week’s news, we profiled IntelliDyne CEO Tony Crescenzo. He was promoted to his current role after serving for two years as the company’s COO. Crescenzo revealed to us his strategic plan for IntelliDyne: add value to the company’s client base, create an environment where employees can perform efficiently and continue to support the mission of the federal government. For more on our interview with Crescenzo, click here.

We also covered Sid Fuchs, MacAulay-Brown, Inc. (MacB) President and CEO, who keynoted the 2013 Encounter Engineering Business Conference. Speaking at Louisiana State University (LSU), Fuchs talked about value propositions and the steps it takes to build and maintain a strategic network based on goals, objectives, trust and a “pay it forward” attitude. He also stressed the importance of connecting with people that have similar aspirations and the value it creates for all involved. For more on Fuchs’ speech, click here.

WashingtonExec also had the pleasure of speaking with Kay Curling, Chief Human Resources Officer (CHRO) at Salient Federal Solutions, Inc. She lets us in on what makes a successful merger and acquisition. To find out more on Curling, click here.

Appian Vice President of Federal Sales Chris O’Connell recently spoke with us. Formerly a Reuters news producer, O’Connell told us his plan for fostering innovation at the firm. To read our interview with O’Connell, click here.

In other news, President and CEO of BAE Systems Linda P. Hudson announced her retirement from the organization. She will remain on the BAE Systems, Inc. Board as an outside director through April 2015. Other news makers include Eileen Cassidy Rivera, named Vice President of Global Marketing and Communications for Harris Healthcare Solutions. Monster.com’s Steve Cooker was named co-chair of the Northern Virginia Technology Council’s (NVTC) Veterans Employment Initiative, while Chris Parente tells us how to measure wine value in a new guest column.

September is almost here, so don’t forget to register for The Big CONNECTpreneur Fall Forum, taking place September 10, 2013 at the Tysons Corner Marriott.