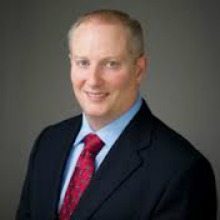 The Network for Teaching Entrepreneurship DC Region (NFTE DC Region) elected Kevin M. Burke, founder and CEO, Centuria Corporation, and Alka Dhillon, founder and CEO of Technalink, to its board of directors for a three-year term.

“NFTE DC Region students are fortunate to have business leaders like Kevin Burke and Alka Dhillon as part of our entrepreneurship education team,” said Patricia Granata Eisner, executive director of NFTE DC Region. “Their experience, knowledge and insights will help us to provide the very best classes and programs for our student entrepreneurs to learn and to succeed.”

Burke founded Centuria in 2002 and has driven the firm’s rapid growth. From 2008 to 2012, Centuria grew from less than $3 million in annualized revenue to more than $29 million. Prior to Centuria, Burke, a decorated Marine, founded Synapse Incorporated and has also served as a technical resource for MCI, a GS 12 within the Department of Health and Human Services, and as a corporal in the U.S. Marine Corps.

In 2011, Burke received a SmartCEO Future 50 award and is a member of the Young Presidents’ Organization (YPO) and the Armed Forces Communications and Electronics Association (AFCEA).  He is also a member of the board of directors for the Spinal Research Foundation. Burke has been a longtime supporter of NFTE and speaks to classes on how to leverage a hard start in life toward attaining success.

Dhillon founded Technalink, an IT services and management consulting company based in McLean, Va., in 2000 and is instrumental in and oversees the company’s day-to-day operations and new business development and strategic expansion. Technalink’s growth has tripled in the past two years and is projected to continue at the same pace.

Prior to Technalink, Dhillon was director of business development at Butler International where she was responsible for all new business development programs. She generated an average of $25 million of gross revenue annually. Earlier this year she was honored by NFTE DC Region with a 2013 Locally Grown Award. She was recently awarded the Abe Veneable Legacy Award for Lifetime Achievement by the U.S. Department of Commerce’s Minority Business Agency.