You are at:Home»Execs to Know»Exec Moves»President and CEO of BAE Systems Linda P. Hudson Set to Retire from the Firm 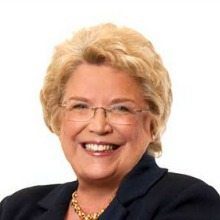 Linda P. Hudson, President and CEO of BAE Systems today announced her plan to retire from the firm after four years of leading the company. Hudson worked at BAE Systems six years prior to being named CEO. Hudson has agreed to remain in post through the first quarter of 2014, at which time she will step down from her positions as executive director of the BAE Systems plc Board and as a member of the Company’s Executive Committee.

“Linda has transformed BAE Systems, Inc. by guiding it through periods of significant wartime growth, preparing it for defense budget reductions, and clearly establishing it as a major and leading defense company in the United States,” said Michael Chertoff, chairman of the Board for BAE Systems, Inc. “Linda has left her mark on the company, its workforce and the entire industry, and I’m pleased she will continue to contribute to the success of the company through her extended service on the BAE Systems, Inc. board.”

Prior to joining BAE Systems, Hudson served as an officer and vice president of the General Dynamics Corporation. She was president of General Dynamics Armament and Technical Products. Hudson has held a variety of senior management positions in engineering, production operations, program management and business development during a period of significant consolidation in the defense industry.

She began her career with the Harris Corporation and Ford Aerospace, ultimately leading organizations at Martin Marietta through the Lockheed Martin merger and a subsequent divestiture to General Dynamics.

“I want to thank Linda for her many contributions to the Company,” said Ian King, chief executive at BAE Systems plc. “She has led the transformation of BAE Systems, Inc. by streamlining the organization, reducing costs, increasing efficiency and speed to market, and diversifying the company’s portfolio of products and services. She has done this while leading a culture change with a focus on delivering strong business performance and efficiency.”