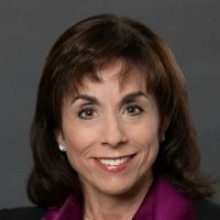 AT&T’s Federal Government business was recently awarded with two contracts from the U.S. Postal Service (USPS). The first contract, valued at more than $50 million, covers the enhancement of data network connectivity to USPS retail and support locations, spanning all 50 states and U.S. territories. The second contract is valued at $3.5 million and will see AT&T provide Managed Trusted Internet Protocol Service (MTIPS) to USPS headquarters in Washington D.C. and two major USPS data centers, one in California and the other in Minnesota.

“Winning these two contracts from the U.S. Postal Service is a reflection of AT&T’s ability to deliver results for our federal clients both in existing critical-infrastructure operations and in new directions in which they are headed,” said Stacy Schwartz, vice president of AT&T’s Federal Government business unit. “We look forward to continuing to support USPS as they advance their mission in the digital age.”