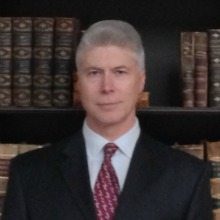 Kevin Shelly is the Vice President of Public Sector at MarkLogic. Prior to his current role, Shelly served as Vice President of Sales at Angel. He also served as Senior Vice President at the former ACS Government Solutions and has more than 25 years of sales and business development experience, particularly in the government contracting community.

Shelly recently spoke with WashingtonExec about the impact of Big Data on the government community, the efficiency of mobility, the LPTA environment, his firm’s goals for the next five years and more.

WashingtonExec:  You have years of experience with working with a number of top firms and you’ve had numerous government clients – what exactly brought you to MarkLogic?

Kevin Shelly:  I would say the first thing that really got me interested in MarkLogic was the technology. It is an enterprise NoSQL database with integrated search and application services.  It’s really a Big Data platform. The technology is outstanding and if you look at the market today, it is all about Big Data. It was a perfect storm between the products and where the market is today. MarkLogic is what I would call one of those disruptive technologies and if you look at how data is being handled today, most of it is in the relational databases such as Oracle. But the relational database only handles 20 percent of the world’s data. There is a tremendous variety of data that is very rich in content such as videos, pictures, images, photos, pdf files and social media. All of those data sources don’t really adapt well to the relational model because they are unstructured data. That type of data needs to find a home so we can analyze it and use it to accomplish our mission. Those unstructured data types as well as the structured data types are suited very well for MarkLogic’s technology.

WashingtonExec: What role does Big Data play in this time of budget cuts and the sequestration?

Kevin Shelly:  If you look at some of the broad sweeping initiatives within the federal government, there is a lot of data center consolidation. They are moving down from 10 data centers to two for efficiencies. You might be reducing the number of data centers, but you are not reducing the amount of data. MarkLogic hosts all of that data as it can scale to several petabytes and it will reduce the cost of maintaining several different systems with several different DBAs. MarkLogic is very rich in functionality, but it also has a play in terms of reducing costs and providing a quicker turn to value.

“If you look at cloud, Big Data and mobility, I think government is embracing those technologies and more rapidly than they have in the past. The pace of technological change is accelerating and driving quicker adoption”

WashingtonExec:  Do you think mobility makes government more efficient and do you think we are doomed to pilot programs?

Kevin Shelly:  I wouldn’t say we are doomed, but I will say that there is a gap between commercial and government in terms of progress of getting information to people’s fingertips.  I think the commercial organizations have done a much better job in developing applications where you still have security and privacy and move those from pilot systems to full implementation. I do believe commercial has done a better job but I think government is well on its way to doing the same thing. I understand the proof of concept before the big roll out, but I think mobility is becoming much more prevalent in our lives; and the consumers or constituents, whatever camp you fall in, are going to demand this type of access to data through mobile devices sooner than later.

WashingtonExec:  Speaking of the future – what are MarkLogic’s goals for the next five years?

Kevin Shelly:  The next five years – wow.  If I could really predict that with any degree of certainty, I’d be a very popular individual. If you look at Big Data from MarkLogic’s perspective, Big Data is actually quite low risk. MarkLogic has been developing their Big Data platform for the past decade so what we brought to market for Big Data is really a tried, true and proven product that is low risk. I would say that at MarkLogic, we can help the data center virtualization first by getting a handle on the data. MarkLogic is currently a critical component in driving value across several markets including the Intelligence community, DOD, Healthcare, Civilian, S&L Govt., Financial Services and Media and Publishing. I believe MarkLogic will help revolutionize capabilities across all of these markets. Also, with Semantics, MarkLogic will become smarter. We will be better able to understand the data to a higher degree as we are able to improve our ability to see the relationships and context of the data. This will certainly  accelerate and improve the value we derive from our data.

WashingtonExec:  Where do you think we are in terms of Big Data technology in the federal sector?  Are we still in the gathering stage?

Kevin Shelly:  If you look at the technology life cycle adoption curve, I would say that in the government, the first “movers” as it relates to technology and Big Data are the intelligence communities. There are several reasons for their rapid adoption, the mission, the volume of data, the variety of data and the velocity of the data. They are ideally suited for MarkLogic’s ability to scale and handle structured and non structured data. You’ve got some folks who are facing budget cuts so consolidation, I believe, is forcing people to look at Big Data quicker than they normally would have. Commercial, media, publishing and financial services – they are maybe a little bit further along than the government but not by much. If you look at cloud, Big Data and mobility, I think government is embracing those technologies and more rapidly than they have in the past. The pace of technological change is accelerating and driving quicker adoption.

Kevin Shelly:  It affects us to a certain extent. At MarkLogic, we can sell on the value and we’re always able to put a price on that value. If we get intimate with a customer and really understand their business, we’re able to do an ROI for the MarkLogic value with the customer.  I think where people get into trouble is when they may look at a new technology and its open source. Potentially, the client may become seduced by the low price because it’s positioned as  free or almost free. But the people that have to work with the technology, develop it, customize it, implement it and maintain it – that’s a huge cost. The more a customer knows about the life cycle cost of software, Big Data, the better off MarkLogic is in competing. It’s typically when folks look at open source as free and they don’t consider all of the other factors that go into it, is where people end up getting something that they have to spend money, resources and time to support it; and it’s more than they can or want to handle.

WashingtonExec:  Do you have a favorite book?

Kevin Shelly:  The last book I read was No Easy Day by Mark Owen and Kevin Maurer, which was about the Navy Seals and the hunting of bin Laden. That was a good book. I would have to say my favorite is probably Ghost Soldiers, which is an account of what is proclaimed as WWII’s greatest rescue mission. Basically, it was a handful of Army Rangers with some natives in the Philippines that went and stormed a camp that had 500 or so allied prisoners in a Japanese POW camp. It was just an incredible read and perspective in what’s really possible when people are faced in dire circumstances. It is kind of the triumph of the human spirit and what you can enlist and pull together to accomplish something that is just out of this world. I would think that is my favorite.

Kevin Shelly:  I was a 100 percent straight commission salesperson working for a company called Lanier, which was subsequently bought by Harris. I was selling to the federal government and I learned pretty quickly that if I didn’t sell anything I wouldn’t make any money. I think that and some of the lessons handed down from my father have provided me with a good work ethic. My first job taught me the stark difference between activity and productivity. I had a lot of activity but unless it was productive, I couldn’t help clients, reach quota or pay the bills. It was a great lesson in that it was the purest form of performance based reward.