You are at:Home»Execs to Know»Harris IT President Wayne Lucernoni on Recent Tech Advances, LPTA, Who Leads Mobile Technology and More 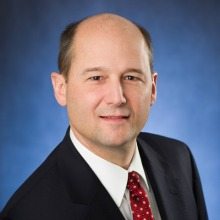 If anyone knows the government contracting industry like the back of his hand, it’s Wayne Lucernoni. The executive, who is President of Harris IT Services, has been with Harris for more than 22 years and has 17 years of experience in the IT services industry.

So much has changed in the industry since Lucernoni first started at Harris and we thought there was no one better to offer true insight into the industry’s current status and the advance of technology than Lucernoni.

Though Lucernoni has been with Harris for two decades, he has only been in his new role at Harris IT Services for a few months now. WashingtonExec caught up with the exec about how the transition is going.

“We have a great leadership team, we have strong customer relationships, and our programs are executing very well, so strong performance overall. We are optimistic about our future growth. Our professional services are what really define us; our execution and quality are first rate.”

The executive mentioned that currently, Harris IT is starting to see a lot of positive outcomes from sustained investments they’re making in technology, professional training and certification programs.

Having been with Harris for more than 20 years, Lucernoni said that it’s the people and culture at Harris that are an integral part of his being with the company for so long.

“At the end of the day, it is all about people. The culture at Harris is very compatible with my personality and experience. I was drawn to accounting and finance personally, and then it came naturally to me as a career field. People may not always relate accounting to a people-centered culture, but I do. Integrity and ethics are hugely important to me, which means doing what you say and saying clearly what you are going to do. Harris is that kind of a company, and it produces results.”

“Integrity and ethics are hugely important to me, which means doing what you say and saying clearly what you are going to do”

The government contracting climate changes on a quarterly basis. Lucernoni gave his opinion on the current climate, saying that it is fiercely competitive.

“The next three years for sure are going to be very challenging for the entire industry and for the customer. Anywhere that you can increase your responsiveness and agility while maintaining a focus on quality, productivity and delivering what you say you are going to deliver while reducing cost, I think those are the companies that are going to succeed and that’s the strategy we are implementing right now.”

He added, “I also think the market pressure will lead to an increase in consolidation across the players.”

According to Lucernoni, areas of growth will include all of the familiar recent technology advances.

“Some aspects of cyber or secure mobility, cloud and certainly Big Data and analytics around health IT are going to grow, and they have support in the President’s budget. As that gets worked out, I think they will continue to have support.”

Everyone seems to have a different opinion on the Lowest Price Technically Acceptable (LPTA) environment and whether it negatively effects a company’s bottom line. Whatever the impact of LPTA, Lucernoni said he thinks it’s not going anywhere anytime soon.

“I think it’s here to stay and I think most of the industry players that we compete and partner with are well out in front of that. I think from an IT services perspective, the challenge for customers with LPTA is where to draw the line between commodity-level services, where you can really drive down costs, gain efficiencies and  refocus your mission dollars onto technology, and the core mission of the individual group, where value, effectiveness and demonstrated performance are critical.”

Lucernoni added that he thinks LPTA “protects the government’s mission and their ability to complete their mission, while still meeting sequestration and other related cuts without taking too much muscle off the body in terms of how deep they have to go.”

One trend that’s been more and more apparent is the support Small Businesses have been receiving from the government in recent years. Lucernoni agreed with that assessment.

“I think that trend has been steady for the last three or four years. What we are seeing, whether it is on the NOAA link or on NETCENTS, the government is really starting to focus on task orders and requirements through this broader set of small business awards where the large business awardees really have to work a lot harder on the upfront; shaping the business, and working with customers.”

Lucernoni said he thinks the government stepping in to support small businesses is good.

“Personally I think that is an OK thing. The bigger companies have greater resources. We may have to work harder to get that work, but some of that work is the larger dollar value, so I think it is a natural trend,” he added.

Lucernoni said that he believes innovation is first and foremost the key to growth.

“For me, it all starts with innovation. It’s a life cycle of investment and invention with a lot of trial and error. Eventually you find success, especially with disruptive capabilities, and as these new capabilities and inventions gain some extension and scale, different use cases and standards need to be and are developed. These new standards facilitate wider adoption that reenergizes the whole cycle – more competition, investment and innovation to take to the next level. I think they are more sequential, not competing or necessarily balanced.”

He also credits the government for its current standards on cyber security.

“I think the government does a good job in carefully considering where and when it’s time and where to draw the line on standards,” he added.

“There is a lot going on in the world. The world is a much smaller, faster pace than it was 10 years ago. There are plenty of smart people around the world making a lot of advances in mobile technology. The U.S. is in the forefront and we need to keep innovating, we need to keep investing just to stay competitive and to retain that position as a global leader.”

“It’s just too useful, and maybe that’s the pragmatic part of it but it’s hard to live without. I think the app that I’m enjoying the most now is Pandora. When you just need a quick break and have the ability to take one, it delivers a wide variety of music. With Pandora, I don’t listen to it constantly but I can really find music for the mood I’m in at a moment’s notice and I enjoy that.”

Having attended James Madison University (JMU) and the University of Virginia (UVA), and working in the Greater Washington region for a couple of decades, Lucernoni considers Cunningham Falls in Thurmont, Md. his favorite spot to go in the region.

“It’s beautiful country. It’s a great place to take your family, friends or your dog to hike, to explore, to climb up the waterfall and play in the water. It’s just a beautiful part of the world.”