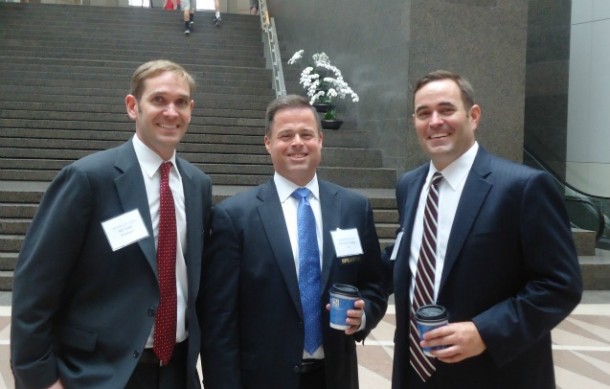 “This was my second Federal Mobile Computing Summit and it was well worth the time and effort to attend.  The government speakers are all visionaries and it is invaluable and inspirational to hear them discuss the future of how work will get done in the federal arena,” Christina Fisher, Federal Account Executive at Appain, told WashingtonExec.

The day before the Summit, Monday July 8th 2013, President Obama announced his new management agenda, which includes initiatives to use technology to make the government smarter and more efficient. Dr. Holgate believes this announcement was incredibly timely for the Summit and aligns well with the issues identified in the Digital Government Strategy.

“It is an indication to the importance and visibility of not just mobility, but to a digital government in general that is being well received by the current administration,” said Dr. Holgate.

“These are the principals that the digital government strategy. Therefore, we have now moved beyond the document and this strategy is now something the President will be pursuing and implementing in his second term,” Dr. Holgate added.

Many panelists at the conference were instrumental in creating the deliverables and framework for the Digital Government Strategy; Dr. Holgate thanked those individuals and then ended the visionary keynote with what he sees as next steps for the federal technology community.

“It is not just a technology issue…it is fundamentally thinking differently about how to work, operates and delivers services,” said Dr. Holgate.

Find photos from the event on the WashingtonExec facebook page.