You are at:Home»Execs to Know»AFCEA Execs Fred Rainbow and Kent Schneider on Growth in STEM Education 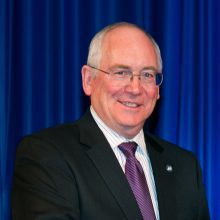 “If the nation is going to be healthy in the future, it has to have rising young talent well educated in STEM subjects…” -AFCEA International President and CEO Kent Schneider

Executive Director of the AFCEA International Educational Foundation Fred Rainbow and AFCEA International President and Chief Executive Officer Kent Schneider are the “supporting education arm(s)” for the provocation of STEM (science, technology, engineering and mathematics) education. Working together, AFCEA International and its Educational Foundation are strong believers in the core values of education and training, that they are crucial for the long-term support of professionals invested in the STEM workforce. AFCEA’s number one program, STEM Teachers for America’s Future, focuses efforts on investing resources in future teachers of STEM subjects.

“If the nation is going to be healthy in the future, it has to have rising young talent well educated in STEM subjects,” Fred Rainbow said. “Then we could have a greater impact. That’s why we invest the majority of our resources in that area.”

Schneider and Rainbow make quite the dynamic duo when it comes to molding future leaders; Kent Schneider has an extensive history as a decorated Army officer and as a leader in the information technology industry before leading AFCEA International. This paired with Fred Rainbow’s history as an active duty intelligence officer in the U.S. Navy 1971-75, editor-in-chief of the popular monthly Proceedings Magazine and working at the U.S. Naval Institute for 30 years–the two were fated to meet.

One of AFCEA’s main points is to accelerate STEM literacy through an active media campaign designed to build awareness. With the majority of donations coming from 2,000 corporate members and 36,000 members globally, AFCEA’s interest in STEM education has allowed other members to form a bond over this intellectual stimulation and growth. The leverage of AFCEA chapters is also a priority.

“We are a chapter-based organization with 136 chapters globally,” said Schneider. “Each of our chapters supports STEM education in their own right through scholarships and grants but also by adopting schools and supporting STEM related activities. We have a variety of ways of supporting STEM education, and we really try to engage students from late elementary school through high school, all the way to the collegiate level, both undergrad and graduate.” 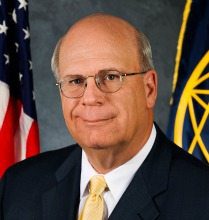 At every level of the organization, from the international headquarters downstream to regions and local chapters, they give their full support to STEM education. At the AFCEA Cyber Symposium in early June the Bethesda chapter presented STEM scholarships with signature sponsors Booz Allen Hamilton and Verizon to teachers and students. The Aberdeen and Central Maryland chapters made scholarship presentations on the following two days of the event.

Each year, working as a team, AFCEA Chapters, AFCEA International, and the AFCEA Educational Foundation invest $2M in education, primarily in students and teachers. Approaching the issues of underfunded education and inner city schooling takes some tact.

“Our DC chapter has adopted McKinley High School within the district,” said Schneider. “Even in more affluent areas we often find that they may not be putting enough resources into specialized STEM education.”

President Obama’s 2012 State of the Union address stated that America was short 100,000 STEM teachers; this national underfunding of STEM catalyzed AFCEA’s adopt-a-school programs and STEM Teaching Tool Grants, programs to give math and science teachers in middle and secondary schools some extra resources for their departments. AFCEA STEM Teacher Scholarship winners receive these $1,000 cash grants for three years once they are in a classroom teaching a STEM subject.

“We put so much priority on STEM teacher scholarship programs because even in well-resourced schools there just aren’t enough qualified math and science teachers. Too often principals say ‘who wants to teach math or science this year?’ and somebody will hold up a hand, staying only a lesson plan ahead of the kids the rest of the year,” said Schneider. “That’s not going to motivate students to get into technical disciplines.”

According to the current STEM Statistics the U.S. ranks 27 out of the 29 developed countries for the rate of bachelor degrees received in STEM fields–that’s 6% of U.S. undergrads majoring in engineering compared to Europe’s 12%, Singapore’s 20% and the 40% in China.

Studies show that preliminary career decisions are made as early as fourth or fifth grade; without motivation the youth will be less likely to pursue exploits in STEM.

AFCEA supports education internationally, with at least one chapter in every NATO nation. With 28 member nations throughout Europe the goal is to motivate as many students early to study STEM subjects.

Locally AFCEA is heavily invested in Northern Virginia Community College (NVCC) through the program “Pathway to the Baccalaureate,” an investment started five to six years ago as a explorative scouting tool used to find capable students in local high schools who were not on college tracks and would be willing to take on the rigor of real-world STEM work. NVCC formed a partnership with George Mason University (GMU) and placed counselors in high schools to help students with the application process . After a two-year stint at NVCC and achieving a minimum 2.5 GPA, students are automatically accepted as juniors in GMU. A $2,500 scholarship at NVCC means a full-ride, a small investment from AFCEA with a big impact on the underserved.

AFCEA started the STEM Teachers for America’s Future program in late 2009, vying to help as many people as possible. They already have 54 scholarship winners to fund teaching STEM subjects. Last year, AFCEA received 365 applications and only had enough money to fund 69 $5,000 scholarships.

The AFCEA Educational Foundation is a small organization with essentially five employees ― two working full time on scholarships, awards, and grants. The Foundation is able to achieve all it does because it is assisted by the Education Committee for Scholarships, Awards and Grants. This committee is made up of 17 volunteers from local businesses to active and retired military professionals. These volunteers raise funds, evaluate scholarship applications, keep in touch with past scholarship winners, and a host of other things. In addition, the AFCEA leverages its  chapters and  members to support students and teachers around the world.

What’s next for AFCEA and STEM?

“We would like to continue to do more. At the end of the day it’s about people believing in what we are doing and willing to contribute,” concluded Rainbow and Schneider. “It’s a matter of staying the course and continuing to build momentum, gaining as many people to participate in this process as possible. If more companies and individuals are willing to contribute to the cause we will be able to advance this effort even more.”