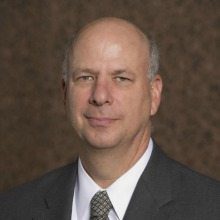 Washington Technology magazine has published its 2013 list of the 100 largest companies serving the government technology market. The list includes 29 firms that are based in Fairfax County or have U.S. headquarters here. Another 46 companies on the list are based elsewhere but have operations in the county.

“There has been so much talk this year about sequestration and federal budget cuts, but the Washington Technology list underscores an important fact that the government continues to be the largest consumer of IT goods and services on the planet,” said Gerald L. Gordon, Ph.D., president and CEO of the Fairfax County Economic Development Authority (FCEDA). “Fairfax County offers tremendous assets for technology companies that want to serve this important market.”

Time magazine called Fairfax County, just outside Washington, D.C., “one of the great economic success stories of our time.”

Washington Technology ranks the largest companies serving the government market based on sales of IT, systems integration, communications, engineering and other high-tech products and services.