You are at:Home»Execs to Know»Exec Moves»Software AG Government Solutions Appoints Three Members to Board of Directors 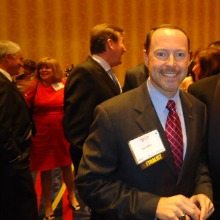 Software AG Government Solutions this morning appointed three members to its Board of Directors.

Tod Weber, the CEO and Chairman of Software AG Government Solutions, said he was sure each of the appointees would bring and maintain the company’s character, credibility and integrity.

“All three of our new Board members have extensive experience in the benefits that leading edge IT solutions can deliver to government customers,” Weber said. “In the current government budget climate, they also know the importance of proving that solutions will work in the target application before the customer makes an investment.”

Heflebower served more than 34 years U.S. Air Force active duty before serving approximately nine years as an independent consultant with the Air Force Operational Command Training Program where he trained, educated and advised leadership members of all services. Today he is senior vice president for Science Applications International Corporation (SAIC). Heflebower holds a bachelor’s degree in Aeronautical Engineering from the U.S. Air Force Academy and a master’s degree in International Relations from the University of Arkansas.

Hillen — current vice chairman of the Board of Advisors for Sotera Defense Solutions, Inc (Sotera) —  served as Sotera president and CEO from 2008 to 2013. He also held the position of assistant secretary of state for political-military affairs in the Bush administration for 2 years – a role which allowed him to implement his expertise in military policy. Hillen received his doctorate from Oxford University and is an author and editor of an assortment of books on international security.

Wade led a 35-year career in the CIA before retiring from federal service in 2005.  Since his work with the CIA, where he served as CIO from 2001 until 2005, Wade has worked on the boards of Safeboot N.V. and Detica DFI as well as Composite Software in California, LexisNexis Special Services and Chiliad Inc. in Washington, D.C. Wade holds a bachelor’s degree in electrical engineering from Virginia Polytechnic Institute in Blacksburg, Va. and a master’s electrical engineering degree from George Washington University.

Software AG Government Solutions’ other board members include Weber and Amy Embrey, the VP – Finance, Controlling & Administration for Software AG.