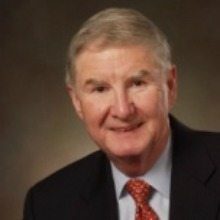 In this role, Thomas will be responsible for strategy, mergers and acquisitions, communications, and government and legislative affairs. Thomas previously served as acting president of the company’s National Security Sector (NSS). He led nearly 13,000 analysts, scientists, engineers, and business professionals providing support for customers across the full spectrum of national security programs including cyber security.

“John has been an incredible member of our team, and his proven leadership skills will help us take the strategic development function to the next level in Leidos,” said Stu Shea, COO at SAIC. “His experience in programs of vital importance gives him a unique vantage point from which to create innovative business strategies, identify strategic acquisition candidates and manage company-wide strategic initiatives.”

Prior to joining SAIC, Thomas served as an active duty Army intelligence officer retiring as a Major General. He commanded the two largest intelligence organizations in the Army, the Army Intelligence Center at Ft. Huachuca and the Intelligence and Security Command at Ft. Belvoir. He also served as the Associate Deputy Director of the National Security Agency and Deputy Chief of the Central Security Service.

“John has made important contributions to the development and growth of SAIC through his leadership within NSS, and by cultivating relationships with some of our most important customers,” said John Jumper, chairman and CEO at SAIC. “He understands our strategy, and his extensive domain knowledge and expertise will help enable Leidos to continue its growth and success in the future.”