You are at:Home»Execs to Know»Exec Moves»Bernie Guerry Promoted to Senior Vice President and General Manager of Intel Solutions Unit at GDIT 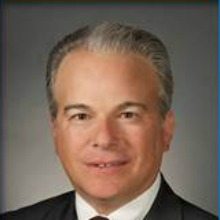 In this new role, Guerry will lead a worldwide organization of more than 4,600 professionals that provides high technology solutions, systems integration, IT systems and mission support services to the U.S.Intelligence Community, Department of Defense, their coalition partners and NATO.

Guerry had been vice president and general manager of General Dynamics IT National Intelligence sector since 2006. He was responsible for over 2,500 employees and revenues that exceeded $800 Million in the development, deployment, integration and operations of IT systems and mission solutions for the U.S. Intelligence Community (IC). Internal operations, to include security, information systems, standards and quality, and training and development, were also a part of Guerry”s role.

“Bernie brings to GDIT a wealth of experience, knowledge and operational insight from both a government and industry prospective.  I look forward to watching Bernie continue to move our industry forward, by building on existing relationships and developing new ones within the community,” said Sid Fuchs, President and CEO of MacAulay-Brown, Inc. (MacB).

Guerry joined GDIT in 2006, after retiring from the U.S. Central Intelligence Agency (CIA).

Earlier this year, Guerry was appointed to the Intelligence and National Security Alliance () Board of Directors.