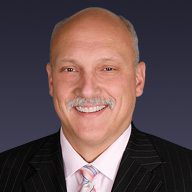 “So let’s talk about change.”

On the morning of May 4, 2013 Shea spoke to the nearly-graduated and the parents on the importance and inevitability of change.

“Like all decisions that you will make from today forward, only time will tell what the impact will be of those choices on your future.”

“Career success was not just about hard work, but luck and serendipity.”

Shea knows plenty about navigating the seas of change, evidenced from his studying of cartography in graduate school to joining SAIC in 2005 to earn his rank of Chief Operating Officer of an $11B company. According to Shea, his career was an “unplanned mixture of hard work, luck and serendipity,” something he professed aloud to the sea of mortarboards in jubilant confidence. Even after Shea had received a Bachelor of Science degree from the State University of New York at Albany as well as a Master of Arts degree from the University of Kansas, his career as a cartographer was unfulfilled; his plan to finish up at Kansas with a Ph.D and teach was led astray by the guiding force of money, or lack thereof, forcing him to finish his Master’s in the wake of frustration.

“I never did finish my Ph.D.,” said Shea. “This became my single greatest unfilled goal that has haunted me for the past 30 years.”

It was after this low that Shea discovered that “career success was not just about hard work, but luck and serendipity” through his work developing computer mapping systems in the Intelligence Community (IC), led by the CIA. In 1986 he formed an idea for a new commercial business built on classified work in the Intelligence sector, granting it the moniker “Maps on Demand.” After sharing the design with a zealous colleague he dropped the idea and continued working on his classified program. In 1999 ‘Maps on Demand’ was renamed ‘Mapquest.com’ and was sold to America On-Line for $1.1B.

“Did I make the right choice?” Shea follows his voice out into the crowd, slowly nodding his head yes. “Yes, because it was entirely my choice–and nearly 30 years later I have enjoyed a great career by building off that first opportunity I had to work with the CIA.”

Until March of 2012 Shea served as president of SAIC’s Intelligence, Surveillance and Reconnaissance (ISR) Group offering expertise and developing technology to defeat terrorism. Additionally Shea is the founder, CEO and board chairman for the United States Geospatial Intelligence Foundation (USGIF), an organization looking to expand geospatial intelligence interest from academia to industry, stakeholder to government employee.

SAIC announced Feb. 25, 2012 the names of businesses expected to be created later in the fiscal year, following separation into two publicly traded, independent companies. As announced Aug. 30 the technical services and enterprise Information Technology (IT) business will continue SAIC’s work on national security, health and engineering business in ‘Leidos.’ This will yield a powerful example of how the company will assemble solutions to create fresh and effective solutions.

“With the name Leidos, we signal that the company will deliver transforming technologies, analytics and cross-disciplinary insight for our customers to deliver real-world benefits at the speed the real world demands,” said Shea, who will serve as President and COO of Leidos. “It’s a memorable word with dynamic connotations that capture the energy, talent and passion that our employees bring as they work to deliver solutions that protect our nation, our communities, and our families.”

As of April 16 Shea stepped down as USGIF CEO, after founding the USGIF 10 years ago. The newly appointed President Keith J. Masback immediately took over responsibility as CEO, also selecting VP of Operations Aimee McGranahan to the position of Chief Operating Officer.

“These two promotions reflect the respect and confidence the Board of Directors have for both Keith and Aimee, and the leadership success they have achieved for the Foundation, its Membership and the GEOINT Community,” said Shea. “Since Keith joined USGIF five years ago, he has helped set the strategic direction and grow the Foundation into the respected organization it is today.”

With one fleeting look at the future leaders a revitalized Shea closes the ceremony with congratulations and with promise.

“You are the canvas of your own future. Don’t paint within the lines. Be true to yourself. Find out who you are and who were meant to become. Whatever path you choose, choose it because you will love what you do. Have fun creating the masterpiece of your life that is your one sentence.”

You can find footage on YouTube and read the fully transcribed speech here.