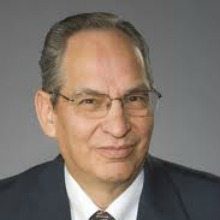 Altamira Technologies Corporation this week announced its new executive leadership team which includes Art Hurtado, Chris D’Agostino, Bryan Judd, Craig Parisot and Wayne Cliburn. The company is a result of the recent merger between Near Infinity Corporation and Invertix Corporation.

Art Hurtado, former Chairman and CEO of Invertix Corporation, has assumed the role of President and Chief Executive Officer of Altamira. Hurtado is also the Presiding Member of the company’s Board. Hurtado has 30 years of experience in management and technical roles in both commercial and government organizations. Prior to founding Invertix in 1999, Hurtado held multiple executive positions including Senior Vice President at CACI; where he started the company’s telecommunications practice. Prior to serving in the private sector, Hurtado served as an officer in the U.S. Army.

Chris D’Agostino, founder and former CEO of Near Infinity Corporation, will serve Altamira as its Chief Technology Officer. D’Agostino will lead the company’s technology vision and innovation into the next decade. He has more than 20 years of experience in the industry and is an Intelligence Community veteran. He frequently serves as an adjunct professor at both George Mason University’s Volgenau School of Engineering and the University of Virginia.

Bryan Judd spent 13 years in a number of corporate leadership roles at Invertix. Judd assumed the role of Chief Financial Officer in 2006 and will continue on as such at Altamira. He will also serve as Secretary and Treasurer of the Altamira Board. Judd has 20 years of experience in financial management and corporate administration and is responsible for the company’s finance functions as well as legal, contracts, banking and the administration of employee benefit programs.

Craig Parisot will serve as Altamira’s Chief Strategy Officer after serving as the Invertix Chief Operating Officer since 2006. Parisot has primary responsibility for corporate strategy, development, marketing and communications. He has over 18 years of public and private sector experience including service as an officer in the U.S. Air Force and support to the U.S. Intelligence Community.