You are at:Home»News»US Chamber of Commerce Ranks Virginia #1 in STEM Jobs and Among Top 3 in Innovation and Entrepreneurship 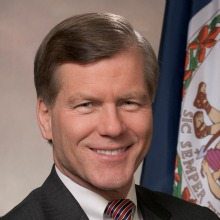 The state of Virginia has ranked among the top three states in the country for innovation and entrepreneurship and is considered the best state in the nation for science, technology, engineering and mathematics (STEM) jobs, according to a report by the U.S. Chamber of Commerce. The state is first in STEM job concentration and second in STEM job growth only to North Dakota. Virginia also has the highest share of business establishments in high-tech industries.

The report, which was released recently, also recognized Virginia Governor Bob McDonnell’s “Year of the Entrepreneur” campaign and the state’s Business One Stop to help “entrepreneurs obtain the information and complete the steps required to register their businesses and find resources to help them grow and expand.”

Gov. McDonnell commented on the report and said creating the best environment for private-sector job creation and innovation has been the top focus of his administration. “Since we took office, our unemployment rate has fallen from 7.3 percent to 5.3 percent, the lowest rate in the Southeast and the second lowest east of the Mississippi.” He added, “This report confirms that when it comes to supporting startups and new jobs, Virginia is a national leader and continuing to make substantive progress.”