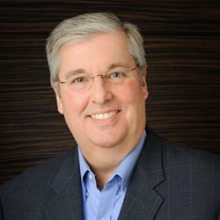 In addition, John Burton, General Partner of Updata Partners, was honored as the winner of the Michael G. Devine Hall of Fame award for his contributions to the national capital region’s technology business community during the course of his career.

The winners are as follows:

Public Company CFO of the Year: Don Clarke, Eloqua – Don Clarke was named Eloqua’s chief financial officer in March 2008 bringing nearly 20 years of experience in key executive positions in both emerging and publicly traded technology companies. He was instrumental in helping to drive Eloqua’s revenues from $21 million in 2007 to more than $125 million in 2013.

Emerging Growth CFO of the Year: Tony Abate, Echo360 – Tony Abate brings more than 20 years of experience in the technology, digital media and converged services fields to Echo360. Over the course of his career, Abate has served in a variety of product management, senior executive, investment and advisory roles.