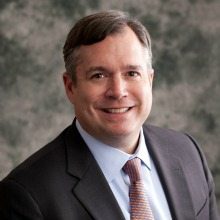 Doug Stuck, Senior Vice President of Federal at FedBid has served at the firm for more than a decade. He has contributed to the company by providing leadership in building and driving the core base of FedBid’s clients. He currently manages new business development and expansion with existing public sector clients. Prior to FedBid, Stuck served at GE Capital Information Technology Services.

The executive spoke to WashingtonExec about working for FedBid, his experience at GE, mentors throughout his career, sequestration and also lists what he sees as current trends in the federal government.

WashingtonExec: Can you tell me a little about FedBid and its work with the federal government?

Doug Stuck: FedBid is a fully managed online marketplace that uses reverse auctions to save federal government money. FedBid primarily is helping agencies acquire commodity items including basics like furniture or laptops, or even simple services. On average, the agencies we work with save 11 percent per transaction. By allowing agencies to save significantly on these essential commodities, funds can be dedicated to other mission critical areas.

Reverse auctions allow government agencies to save both dollars and time. As a managed marketplace, buyers place the desired items on FedBid’s system, while FedBid finds quality sellers for the transaction. At the end of the bid period, the agency contract officer can see all of the bids made and choose whichever seller they feel will provide the best quality and value. If they are not pleased with the results, agencies are never obligated to make a purchase.

In addition to helping agencies save money, FedBid connects small businesses that are looking to break in to the government market. About 78 percent of the contracts awarded on FedBid in 2012 went to small businesses.

WashingtonExec: What is it like to work at FedBid?

Doug Stuck: It’s really a tale of two companies at a high growth, entrepreneurial venture like FedBid. On one hand, FedBid has afforded me the privilege of working with executives holding some of the highest positions in the federal government. On the other hand the majority of FedBid’s employees are under the age of 30, making FedBid a youthful, energetic environment. I feel really old about two or three times a day.

WashingtonExec: You’ve been with FedBid since 1999. What attracted you to the company?

Doug Stuck: The internet boom in the late 90’s gave me, and many others in their twenties at that time, the belief that anyone could accomplish anything if they worked hard. FedBid was a place where I saw that kind of limitless opportunity. Fortunately, my former sales manager from GE was putting together the core team to start FedBid. He believed in me and knew I had the fire to push this rock up the hill.

WashingtonExec: What did you learn while at GE Capital IT Services that you brought with you when you joined FedBid?

Doug Stuck: At GE I served as a sales rep, selling information technology (IT) equipment to the federal government. In this role, I gained a deep understanding of how the federal government does business. In hindsight, that job was the ultimate experience to prepare me for FedBid where I’ve been working with federal finance and acquisition officials to implement FedBid’s service across their procurement organizations.

WashingtonExec:  Have you had any mentors throughout your career and if so, what have you learned from them?

Doug Stuck: One of the most influential mentors for me has been my father. His career started sweeping the floors of the repair shop at a Mack truck dealership. He went on to manage the entire service department. Now, for the past 18 years, he’s become an award-winning salesman for Mack, while fighting through serious health challenges. He says he keeps selling too many trucks and having too much fun to retire. Relentless work ethic, honesty and courage to take strategic, professional risks are a few of the thousands of things I’ve learned from him.

Another individual who has been a mentor to me is my wife’s step-uncle. He had a successful and financially rewarding career as an executive with a well-known retail chain. His primary lesson to me has been around balancing family life with a successful career. As my role in FedBid’s growth has caused the titles on my business card to increase in significance, he has always been quick to congratulate me on my achievements then, inevitably and without fail, remind me to make time for family. He’ll say something like “Listen hotshot, you’ll never get another chance to be there for your kids in these early years. If you miss them, you’ll look back and find yourself willing to give up anything to get them back.” Thanks to that consistent advice, I’ve always tried my hardest to be there for my family while honoring my commitments to FedBid.  So far, my wife says I’m doing pretty well at it.  That means a lot since she’d be the first to nail me if I wasn’t.

WashingtonExec: How has the sequestration affected the agencies FedBid works with?

Doug Stuck: Many executives in finance or acquisition functions have been focused on planning budgetary reduction strategies for pending cuts. Right now, funding is being approved only for those mission essential procurement actions and purchases that, if they would be cancelled or allowed to lapse, would result in large financial penalties or reinstatement fees. Sequestration will mean lower levels of spend across all categories, making options for saving money, like FedBid, essential to help the government save.

WashingtonExec: Can you tell me about some of the trends in your industry?

Doug Stuck: More and more often, we’re seeing the need for detailed, down-to-the-unit-price spend data. We feel this is a direct result of sequestration and the budget challenges the federal government is experiencing.

Whether you are setting your own family’s budget, or working on one for a large federal agency, before you can figure out what to cut or curtail, you first have to know what you’re spending on. It’s a relatively reasonable exercise to review and make decisions based on the monthly receipts for a family of four, plus a dog and two fish. However, when you’re tasked with managing $5 billion worth of transactions for an agency it becomes much more complex.

Fortunately, that’s where FedBid serves as an unmatched source of detailed strategic spend data for the agencies using our marketplace. We can tell a CFO how many transactions their organization processed for protective eyewear and how much they paid per unit in July 2008, if their procurement organization was using FedBid at the time. That kind of data is essential for agencies to plan and make well-educated decisions.

WashingtonExec: What are the goals of FedBid over the next five years?

Doug Stuck: We are looking to expand FedBid into new areas, beginning with the state, local and education markets. We would like to see this market account for around 20 percent of our overall transactions. Eventually we intend for FedBid to expand into the commercial space, as well.

FedBid is already working with organizations like the Detroit Public School (DPS) system. With more than 65,000 students, DPS had set a goal of reducing deficit spending, while returning being a public education leader. Using FedBid, DPS was able to save up to 53 percent on purchases of necessary items ranging from school furniture to AV equipment. We’re looking forward to continuing to serve these new markets, as well as the federal government, to help save money and make better buying decisions.

Doug Stuck: At my first job, I worked as a stock boy and grocery bagger at Pronio’s, a small Italian specialty store in Hershey, Pa. It was a nice, early introduction to sales compensation by paying a modest, hourly wage and allowing for a wonderfully, limitless upside from tips for helping folks take groceries out to their car.

I’m convinced Mike Pronio, who owns the store to this day, had a special agreement with my parents to be as tough as humanly possible to make me appreciate just how hard that kind of work is, and motivate me to get into college. I vividly recall some real ugly tasks like scrubbing grocery aisle floors by hand with soft scrub, mopping up various atrocities in the meat cooler and, my personal favorite, stomping down garbage in the dumpster. My first job made me realize college was the path for me. 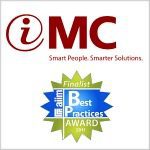