You are at:Home»Events»American Red Cross Salute to Service Celebration; Lifetime Service Award to be Presented 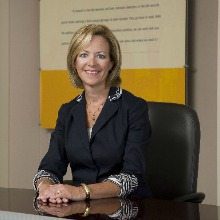 This year’s American Red Cross Salute to Service celebration will be honoring General Raymond T. Odierno, Chief of Staff of the U.S. Army and his wife Linda Odierno with the Lifetime of Service Award. The event features special recognition to men and women who have contributed to their communities and have followed the mission of the American Red Cross.

The event, the largest fundraising event of the year for the American Red Cross National Capital Region, will feature silent and live auctions, and a VIP reception emceed by a Tommy McFly of 94.7 Fresh FM. CNN Anchor Candy Crowley will emcee the event, which will take place Saturday, May 4, 2013 at the Marriott Wardman Park Hotel in Washington, D.C.

This year’s event will showcase the “Stories of the American Red Cross” exhibit, which was recently seen at Union Station in Washington, D.C. The exhibit features the stories of people across the country, displaying the work of the Red Cross which include blood collection and supply, support to America’s military families, its work around the world, disaster relief, as well as health and safety training and education.

For more information, go to: www.redcross.org/ncrgala.