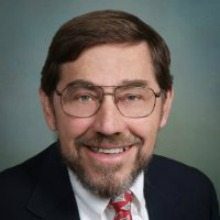 Ronald “Ron” Segal, the CEO and founder of Spectrum Systems, suddenly passed away February 11th. He was CEO of Spectrum for the last 27 years, since its inception in 1986.

In a statement released by the company, Spectrum’s President Barry Culman said, “We are deeply saddened by Ron’s death. He was well-liked and respected by those that knew him, and many gained from his vast knowledge of the federal procurement process. Spectrum’s management and employees express their sincerest sympathy to his wife, immediate family, and to all those who knew Ron over the years. He will be missed.”

Before finding Spectrum Systems, Segal was Vice President and Group Executive of the Information Systems Group at Essex Corporation, an Alexandria-based government contractor. Prior to Essex, he was Director of Research and Development for EDUCOM. Segal has also been a key contributor in shaping the federal contracting community, having closely worked with federal and industry executives. 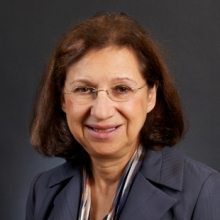 “Ron Segal has been a friend and business partner since the 1970’s!” said Frances B. Craig, Unanet CEO and longtime friend of Segal’s. “Can you imagine? I first met Ron when he was the Director of Research and Development at EDUCOM (Princeton) and I was Director of User Services at Carnegie Mellon (Pittsburgh). He was extremely impressive. Our paths crossed again in the cafeteria at 8229 Boone Boulevard in the 1990’s and he had just started working at Essex Corp. In 1998, we re-engineered our professional services consulting into a software company and Ron acquired our network engineering practice for his company. A year later, Ron became a Unanet customer.

We began to use Spectrum Services a year ago to obtain a GSA Schedule, and I had looked forward to our continuing close business partnership. Ron was very unassuming and always very kind. He and his wife, Bev, besides being skiers and horseback riding, had the most fantastic trips to practically every place in the world. Ron was like comfort food and I will miss knowing he is around.”

“Ron was a great leader at Spectrum Systems and built a strong business. Having known Ron for the last seven years while I was at HP, I found him to be a great asset to help us grow our Federal business.  The respect and compassion the entire Spectrum team had for Ron could be seen every day you were there.  Ron created a family environment at Spectrum Systems that made people want to stay and work there for long periods of time, and he will certainly be missed.”