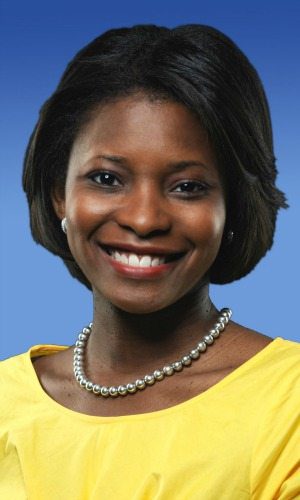 The National Kidney Foundation (NKF) is kicking off 2013 with several different events like a Kidney Walk, Golf Tournament, and more upcoming, a Casino Night on March 2nd at the Ronald Reagan Building in Washington, D.C.  ABC7’s “Good Morning Washington” reporter Jummy Olabanji and ESPN 980 talk show host Scott Jackon and who both have kidney disease, are the event’s media supporters/hosts.

Olabanji is also an adjunct professor at Marymount University and Jackson co-hosts “Inside the Locker Room” with former Redskins Doc Walker and Brian Mitchell. Olabanji and Jackson spoke with WashingtonExec about their involvement with NKF, their own personal battles with kidney disease and how they deal with it, why Casino Night, ways to get involved in the Foundation, and more.

WashingtonExec: How long have you been involved with NKF, and why them? Can you tell us more about your own personal struggles with kidney disease?

Jummy Olabanji: I’ve been involved with NKF for a little over a year now. I came to them not long after I, myself, was diagnosed with a genetic kidney disorder. Since becoming involved with NKF I consider them all like family. I genuinely enjoy volunteering at and supporting all of their events. 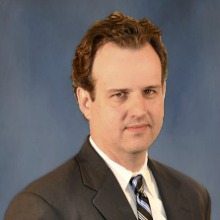 Scott Jackson: I just recently started doing stuff with the NKF. For me it is personal because I had kidney disease (nephrotic syndrome) when I was a kid. I was fortunate that I never needed a transplant or had to go through dialysis.

WashingtonExec: You are both media supporters/hosts of the NKF’s Casino Night coming up later next month (March 2). How did you come to get involved in that specific event, and what are you most looking forward to?

Jummy Olabanji: I am most looking forward to having a good time and raising awareness for kidney disease. When NKF approached me and asked me if I wanted to host I immediately said yes!

Scott Jackson: A former colleague of mine now works at the NKF and we ran into each other a few months ago. I had mentioned I was interested in helping out with any events. He recommended me to the powers that be for this particular event. The station is the radio sponsor for Casino Night so it was a natural fit.

WashingtonExec: Has there been a time where you’ve felt like you were treated differently because of your disease? How have you overcome adversity?

Jummy Olabanji: Never. Thankfully I feel like I live a good example of how to live with a ‘disease’ – I don’t let anything stop me. The only thing that’s noticeably different is my diet – but healthy is good for every one 🙂

Scott Jackson: When I was sick I had to take steroids (prednisone) and it caused me to puff up and gain weight. That was difficult during elementary school and middle school. However, once I got to high school and was off the medication and got back to my normal weight.

WashingtonExec: Being public figures in the media industry, do you think it has been easier to raise awareness on the topic of kidney disease? How have you done so?

Jummy Olabanji: Yes, I think so. I like to use my public status to tell my story and get others activated. I like that people are willing to listen to what have to say. I love raising awareness on social media especially.

Scott Jackson: I do think it is easier with this platform to get the word out about kidney disease. The key is to let people know about the problem and why it matters to you. One in three adults is at risk for kidney disease because of diabetes or hypertension. Knowing the risk factors makes a big difference in the prevention of kidney disease.

WashingtonExec: What are some ways you’d encourage others to get involved and/or raise awareness?

Jummy Olabanji: I encourage people to connect to a cause that means a lot to them. That’s the best way to maintain passion and drive. For instance, kidney walk is always in April around my birthday. So I ask all my friends to donate to my team or consider walking with me. It helped me raise more than $2000 for last years walk!

Scott Jackson: People can support events like Casino Night and Kidney Walks, donate their used car, or give whatever they can give financially and with their time. The NKF offers many volunteer opportunities.

WashingtonExec: What is something most people may not know about you?

Jummy Olabanji: I’m afraid of heights and don’t like brown M&Ms. I will eat every other color but brown!

Scott Jackson: Thanks to radio there isn’t much people don’t know about me, good or bad.

WashingtonExec: What are you future ambitions/goals? Where NKF is concerned?

Jummy Olabanji: Professionally I’d like to continue growing as a journalist and make a lasting impact on the DC market. As far as NKF is concerned, I’d love to raise $5,000 for my walk team this year – and of course help find a cure for kidney disease!

Scott Jackson: I would like to be a part in the NKF reaching their goals for awareness, prevention, and treatment in whatever way possible. The Washington, DC area leads the nation in the prevalence of kidney disease so raising awareness is vitally important and a way that I can contribute.