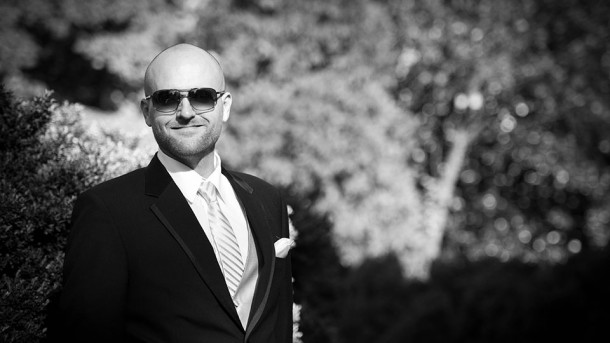 Doug Britton is co-founder and CEO of mobile security company Kaprica, started in October 2011. Before he ventured into Kaprica, Britton was the research and development manager at Lockheed Martin, focusing on the cyber warfare-side of computer security. He also has experience as a Russian linguist and interrogator in the U.S. Army Special Forces. Britton has an MBA and MS from University of Maryland at College Park, and a Computer Science degree from the University of Illinois, Urbana-Champaign.

Britton spoke with WashingtonExec about mobility in terms of technology, security, and monetization, the Federal Mobile Computing Summit, the next big innovation in federal IT, what keeps him up at night, and more.

“Kaprica” got its name from co-founder Hudson Thrift. “It is a flashback to Battle Star Gallatica,” said Britton.

WashingtonExec: What made you want to sign up for the Federal Mobile Computing Summit?

Doug Britton: One of the big things is we’ve learned that technology in and of itself doesn’t make a deal.  We are excited about our technology but we know that in and of itself doesn’t get us anywhere so we need to be where the rubber meets the road of getting the message into the hands of the decision makers.  Tom [Suder] has a knack for getting decision makers into place so it’s appropriate for us to make investments and be there.

WashingtonExec: Is the U.S. a leader in mobile technology?

“Nothing is structurally sacrosanct about our position as technology leader and we could cede it to those more invested in the question of ‘how is latent economic potential unleashed using mobility?'”

WashingtonExec: What are a few infrastructure issues that the United States needs to address for better mobile computing?

Doug Britton: Regulatory uncertainty.  Many industries are gun shy when considering adoption of mobile technology, because of the potential for a Sword of Damocles regarding punitive response in the case of a system compromise and data leakage.   Corporate counsel will almost always manage the firm away from that type of risk, which given the industrialization of attacks, can only be considered systematic risk.

WashingtonExec:  What do you think is the biggest misconception about mobile security?

Doug Britton: The big misconception is that the need to address it is overblown.  With the amount of money that is transiting mobile devices in either mobile commerce or the amount of intellectual property; that’s an attacker’s surface area.  There is a lot of motivation to be there and try to hijack as much of that as possible.  Attackers need to get paid so they go where they can get paid.  I think that it’s clear because of the evolving attack styles too.  Attacks are getting more sophisticated, more insidious and that will almost necessarily continue to happen.

WashingtonExec:  How have you been able to monetize mobile?

“For us monetization is exciting because we are creating value for our customer organizations by unleashing unlatent demands.”

WashingtonExec: Do you believe we have a shortage in America regarding producing a trained workforce of technology professionals?

Doug Britton: Yes and I personally hold the entire food chain responsible for the breakdown.  Managers don’t take personal responsibility for helping shape the educational ecosystem around them.  Managers don’t know, on average, where to go look for people.  They outsource all of this to the HR department, which doesn’t know how to shape the nuance of education, because they aren’t technical domain experts.  Because the needs of the security field are changing so quickly, industry needs to contribute to education and help future domain leaders understand the nitty-gritty of what it takes to be productive.

WashingtonExec: If you had a room full of CIOs, CTOs and government IT leaders, what would you tell them?

Doug Britton: If you want better than average people helping protect your networks, be prepared to do a better than average job recruiting, paying, and challenging those people.  The type of talent I’m thinking of is highly asymmetrical in their impact, but they will defy your normal pay scales.

WashingtonExec: What do you see as the next big IT innovation for the 21st century workforce?

Doug Britton: I hear that Intel is doing some fascinating work in something they’re calling the “semi-conductor.”  This so-called semi- conductor could be the basis for another term of art, the “microprocessor.”  I think it’s going to be huge!

WashingtonExec: When is it time to switch companies, become an entrepreneur, or choose a new career path?

Doug Britton: Becoming an entrepreneur and starting your own company aren’t the same thing.  I know this can sound very trite, but I’m serious.  I recommend, while still in your current company, adopting the posture of an entrepreneur and figuring out how to build elements of a business.  This can afford you the opportunity to “learn to shave on someone else’s face.”  Use this time to master the mechanics of identifying team members, customers, and funding, from scratch.  Once you have those things, it’s potentially a great idea to punch out and try it on your own.

Doug Britton: I did desktop publishing at a Kinko’s  at the University of Illinois.

WashingtonExec:  What keeps you up at night?

Doug Britton: I can answer that question in a couple of different ways.  As the CEO of a company that’s entirely built on talent, keeping the world’s smartest hackers interested and keeping part of the organization with the hardest problems in the world keeps me up at night.  The normal side of concerns that any early stage CEO has with respect to cash flow and paying for their kids’ college – from a security point of view no one should ever say that they have it “answered” because then an attacker will pop up and prove you wrong.

We have as good as alignment of talent that you can have – one of our advisors is the Chief Information Security Officer of the CIA, Bob Bigman, and he is helping us make sure that we are organized to defeat people that target us.  That concern doesn’t keep me up at night as much – it is mostly keeping this team together and keeping them challenged in the long run to keep going with these problems.