You are at:Home»Events»Lockheed Martin Employees Honored At 27th Annual Black Engineer Of The Year Awards Gala 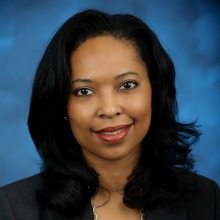 Lockheed Martin led the charge toward diversity in technology and STEM fields after its engineers and scientists received 53 prestigious honors at the 27th annual Black Engineer of the Year Awards (BEYA) Science, Technology, Engineering and Mathematics (STEM) Global Competitiveness Conference, held in Washington, D.C. on Feb. 7-9.

BEYA recognizes STEM professionals and organizations that work to expose young people from historically underrepresented communities to STEM fields and engage them in joining the technology workforce. The conference has evolved into one of the premier STEM outreach events that showcases talent, as well as provides students with opportunities to network and engage.

“We’re particularly proud of our long history of supporting this conference because we understand the critical importance of introducing young people to careers in science, technology, engineering, and math,” Hewson said. “Through our partnership with BEYA, we’re able to broaden our reach and build a stronger pipeline of talent to help maintain our nation’s technology leadership.”

Shan Cooper, vice president, Aeronautics and general manager of the Marietta, Ga. facility, received a Career Achievement Award honoring her broad social and economic impact in the field of engineering as well as her commitment to serving as a mentor for minorities in technology.

Anthony Wingate, manager of subsystems and components for Quality Engineering at Sandia National Laboratories, a Lockheed Martin subsidiary, received the Diversity Leadership Award recognizing his commitment to enhancing the opportunities for minorities in technology careers.

Hewson spoke about the company’s team and their efforts to expand access to the STEM career field to all people, saying, “They are such an inspiration to all of us. Our honorees have extraordinary records of professional achievement, dedication to their communities and contributions to STEM education.”