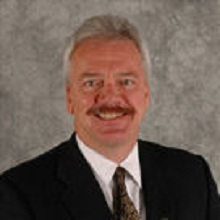 AMERICAN SYSTEMS announced Tuesday that it has appointed Joe Kopfman as executive vice president of Contracts and Administration/Chief Compliance Officer. This dual position would allow Kopfman to lead the company’s Ethics and Mergers and Acquisitions programs and continue to oversee all contract and administration functions.“The culture of American Systems is centered on ethics, and we have always placed enormous emphasis in this area,” said William C. Hoover, President and CEO of American Systems. ”I appointed Joe to the newly-created position of EVP/Chief Compliance Officer in order to elevate this core value even more with our internal and external stakeholders.”Hoover noted Kopfman’s leadership and experience in helping the company complete the acquisition of the Test & Evaluation business from SAIC in November of last year calling it, “one of the smoothest transactions I have ever experienced.”Kopfman has over 30 years of experience serving various positions on both the delivery side as well as the business office side of American Systems since he joined the company in 1978. Recently, he served as vice president of Contracts and Administration.In 1999, he was appointed to the company’s Ethics Committee, and in 2006, assumed the Chairman’s role on the Committee, a position he continues to hold today.Mr. Kopfman earned a B.S. degree in Accounting from Radford University. He is a member of the Executive Advisory Council of the National Contracts Management Association and is active in the Professional Services Council (PSC).