You are at:Home»Execs to Know»Exec Moves»Former CEO Rodney Hunt’s McLean Mansion Back on Foreclosure Market 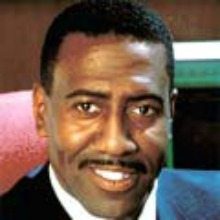 We told you last year about the trouble(s) former RS Information Systems (RSIS) CEO Rodney Hunt was going through. First, his Potomac River mansion was set to go on sale at a foreclosure auction. Then, without so much a question, the foreclosure was called off. Today, Hunt is back in the news.

According to The Washington Post, Hunt’s “22.5 million McLean mansion” is back on the foreclosure market, set to be sold by auction house Tranzon Fox on February 21st “on the steps of the Arlington County Courthouse.”

Hunt’s home, mentioned in the article as “one of the most expensive residential properties in the Washington area,” is said to have  “lost more than $650,000 in assessed value from 2012 to 2013.” It has even been featured on an episode of MTV’s “Teen Cribs.”

To read about Hunt’s battles in detail, check out The Washington Post’s article here.