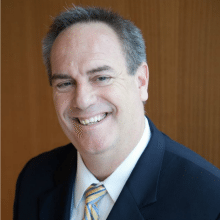 Rick Howard has been named Chief Information Security Officer of TASC, Inc., set to lead the development of TASC’s strategic vision, security architecture, and technical roadmaps for information security throughout the company.

“Cyber threats against government and industry are increasingly advanced, and we must be prepared with aggressive and integrated measures to protect our information and intellectual property,” said TASC senior vice president and chief information officer Barbie Bigelow. “Rick’s deep expertise in cybersecurity will ensure that TASC’s corporate information infrastructure, and specifically the operations of our Cybersecurity Operations Center, remain secure, resilient and agile.”

Howard was previously with VeriSign as the General Manager responsible for the iDefense business unit, a cybersecurity intelligence organization. Prior to this role, he led intelligence-gathering activities at Counterpane Internet Security and ran its global network of security operations centers.

Howard served in the U.S. Army for 23 years in various command and staff positions and spent the last two years of his career as the US Army’s Computer Emergency Response Team Chief (ACERT).

He holds a master’s in Computer Science from the Naval Postgraduate School, and an Engineering degree from the U.S. Military Academy, where he also taught computer science from 1990 to 1995. He has contributed as executive editor of two books, “Cyber Fraud: Tactics, Techniques and Procedures” and “Cyber Security Essentials.”