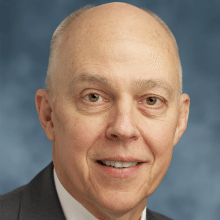 “We welcome Steve Stanley to the Northrop Grumman Government Relations leadership team,” said Ashworth. “His extensive experience as a senior leader in the Office of the Secretary of Defense, with the Joint Chiefs of Staff and with the U.S. Navy will contribute greatly to Northrop Grumman’s capabilities in support of our nation’s military and its global security mission.”

In his new role, Stanley will lead the Cybersecurity/C4 portfolio in the company’s Government Relations organization, contributing to the development and execution of the cybersecurity and C4 elements of Northrop Grumman’s strategic business plan.

Stanley retired as vice admiral following a 37-year career with the U.S. Navy, and was most recently principal deputy director of Cost Assessment and Program Evaluation with the Office of the Secretary of Defense. Prior to that, he was Director for force structure, resources, and assessments for the chairman of the Joint Chiefs of Staff.

He has a bachelor’s degree in Ocean Engineering from the United States Naval Academy.