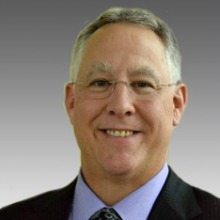 Strasser was Senior Vice President & General Manager of DRC’s Federal Group since 2010. Strasser will be filling Scott Miller’s role, who left the company to pursue other interests.

Before joining DRC, Strasser was Chief Operating Officer (COO) of Pragmatics, where he contributed to the company growing organically to five times its original size. Strasser is also a former vice president and division general manager of Enterprise Services and Solutions for Titan Corporation. In this role, Strasser provided leadership, management and vision for all operational activities.

Mr. Strasser attended State University of New York at Oswego for his bachelor’s degree in Meteorology and received an Information Systems Management graduate certificate from the University of Southern California Graduate School.

Strasser is also involved in the Washington, D.C. technology community through AFCEA, ACT-IAC and TechAmerica. He has served on TechAmerica’s the Board of Directors, Public Sector Board, the Reserve Funds Committee and Finance Committee.

Look for our interview with Strasser in the coming weeks.