You are at:Home»News»SAVE THE DATE: American Red Cross “Salute to Service” Gala on May 4th, 2013 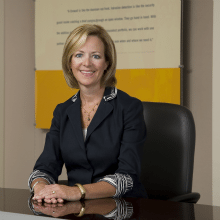 The American Red Cross will be holding its “Salute to Service” gala on Saturday, May 4th, 2013 at the Marriott Wardman Park Hotel in Washington, D.C. from 6 p.m. to 10 p.m.

Symantec Corporation’s VP and General Manager of the U.S. Public Sector, Gigi Schumm, will Chair the event, with Symantec being the Presenting Sponsor.

The gala, in honor of military men and women and their families, is the largest fundraising event of the year for the American Red Cross in the National Capital Region, bringing together hundreds of military, government, corporate, and community leaders.

At the gala, Captain (Ret) Dawn Halfaker will be presented with the Tiffany Circle Distinguished Woman Warrior Award. Halfaker is founder of Halfaker and Associates and was a Military Police Officer in the United States Army. Throughout her military career, she has been a leader of men and women in combat, peacekeeping, and in training in the United States, South Korea, Kuwait, and Iraq.