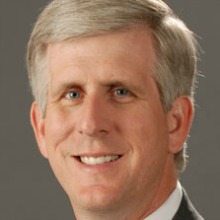 The Washington Business Journal has released its “Power 100″ list of most influential business leaders, and Acentia’s CEO Todd Stottlemyer has made the cut.

“This recognition is really a reflection on the more than 1,000 men and women at Acentia who come to work every day to make a positive difference—helping their customers meet their most mission-critical objectives,” said Stottlemyer. “It is a privilege and honor to serve as CEO of Acentia and have the opportunity to live and work in the best community in the nation.”

WBJ also had remarks for why it chose Stottlemyer, saying:

“Information technology, health care, international business, nonprofits, Todd Stottlemyer has played leading roles in all of these business sectors. As CEO of Falls Church-based Acentia, he oversees a growing government contractor that, at 1,000 employees and more than $200 million in annual revenue, was named a local contractor of the year finalist for 2012. As past executive vice president of Inova Health System, he helped run a 16,000-employee health care organization that’s reshaping medicine and research in Northern Virginia. As former CEO of the National Federation of Independent Business, he led the nation’s largest group representing small businesses. Considering he’s yet to even hit his 50th birthday, we’re expecting his sway to grow even stronger.”

To see who else made the list, please go here.