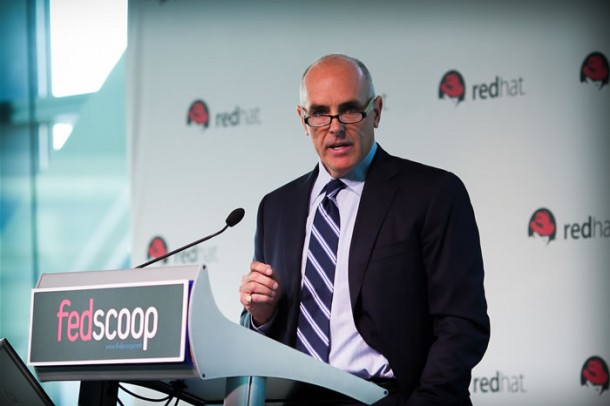 The event brought out over 600 participants and near 40 panelists/speakers. Featured speakers included Red Hat’s Vice President and General Manager of the U.S. Public Sector, Paul Smith, along with Dawn Meyerriecks, deputy director of National Intelligence for Acquisition, Technology and Facilities at the Office of the Director of National Intelligence, and Chris Willey, CIO of the Consumer Financial Protection Bureau.

Smith told WashingtonExec, “The Red Hat Government Symposium has become one of the ‘must attend’ government IT events of the year, and this year was no exception.”

“Hearing stories at the conference of how our government customers and partners are driving innovation with Red Hat left me genuinely inspired. We’re helping them solve many of the government’s biggest IT challenges, and bringing customers and partners together at the Red Hat Government Symposium gave them a chance to learn, collaborate, and build lasting connections that will enable them to continue to do so.”

Open sourcing in the government was an important and popular topic discussed during the symposium, and the article goes more in depth about what this might mean.

You can read the full article here.