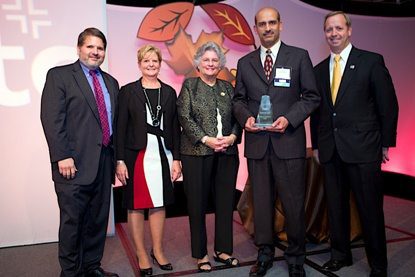 Yogesh Khanna of CSC won CTO Innovator of the Year award in the Large Company division.

Khanna, as vice president and CTO for CSC’s North American Public Sector, greatly contributed to establishing CSC’s data center consolidation and cloud go-to-market strategy and offerings. He developed a roadmap for product offerings to support the Federal Data Center Consolidation Initiative, has helped CSC’s clients migrate to the “as a service” consumption model, and has established an Innovation Task Force, comprised of CTOs who represent their respective divisions at CSC.

Brian Stygar of Kore Federal was named CTO Innovator of the Year winner in the Small Company category. His competition included Michael King of Halfaker and Associates, William Maguire of IntelliDyne, and Branko Primetica of eGlobalTech.

Stygar, CTO of Kore Federal, is responsible for sales, development, and management of Kore Federal’s Department of Homeland Security and Intelligence Community division, has automated many of Kore Federal’s back-office processes using cloud computing and software-as-a-service solutions, and has developed an IT service model that has improved Kore Federal’s office automation and IT capability.

“The CTO Innovator Awards honor the region’s outstanding CTOs for their critical contributions to achieving results for customers and leadership within their own companies,” said Bobbie Kilberg, NVTC President and CEO. “NVTC is proud to recognize the winners for their leadership and accomplishments, which have significantly contributed to their companies and the region’s technology community.”

The featured picture can be found on the NVTC website. 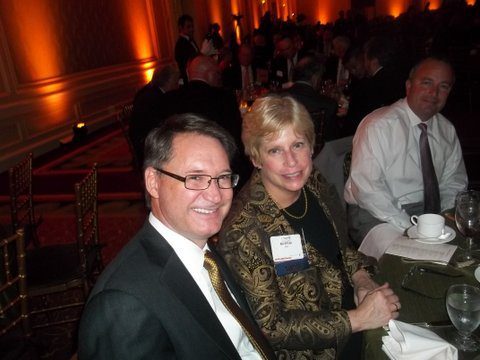