You are at:Home»Execs to Know»Troy West Named Vice President and General Manager of Dell Federal 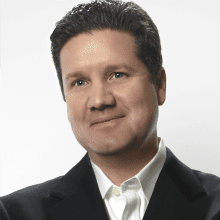 West will lead Dell’s federal business, overseeing all aspects of the civilian and military sides of Dell’s government portfolio as well as the Federal channel business.

“It’s an honor and a privilege to be leading this experienced team again, and to use that experience to help our customers to solve some of their most complicated IT challenges in their service to the public,” said West.

With more than 22 years at Dell in a variety of leadership roles and positions, West is a key member of Dell’s executive team. Returning to lead the government business after leaving to lead Dell’s business in Europe, West’s industry expertise and deep customer knowledge are a great asset to Dell’s government business as well as its customers.