You are at:Home»Execs to Know»Exec Moves»TASC, Inc. Names Terry Roberts Vice President of Intelligence and Cyber 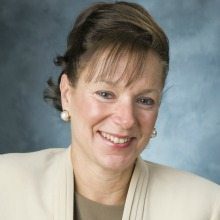 Terry Roberts, a highly decorated intelligence professional, will be TASC, Inc’s new vice president of Intelligence and Cyber in the company’s Intelligence Group.

“Terry brings a deep understanding of the intelligence mission and the systems engineering and integration discipline, honed over more than 30 years of serving the intelligence community,” says Al Pisani, senior vice president of TASC’s Intelligence Group. “In this new role, Terry will leverage her knowledge and perspective to help TASC continue to deliver relevant and valued mission-essential intelligence and cyber solutions.”

Roberts, who has over 30 years of experience working in the government, joins from Carnegie Mellon Software Engineering Institute (SEI). As executive director for Interagency Acquisition and Cyber, she led Carnegie Mellon’s technical enablement for the Department of Defense, the intelligence community, and the federal government.

She has also held a number of senior intelligence positions, most recently as Deputy Director of Naval Intelligence and director of requirements and resources for the Office of the Under Secretary of Defense for Intelligence.